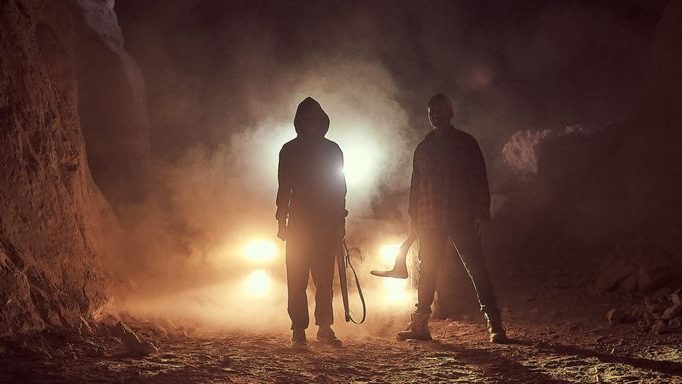 AMC+ has revealed the trailer for their upcoming Australian series Firebite. The series is set to take a unique look at the vampire genre as it follows two Australian hunters seeking out the last colony of vampires in the South Australian desert.

The series will star Rob Collins, Shantae Barnes-Cowan, Yael Stone, Callan Mulvey, and more. From what we see in the trailer this is sure to be an interesting and fun look at the genre and possibly even change the way we look at vampires in the future?

The series was created, directed, and written by Warwick Thornton, Brendan Fletcher, and Tony Krawitz, and they aim to give us a fresh look at the genre that have all loved since Dracula was first on-screen.

The eight-episode series takes a new spin on the vampire genre, following two Indigenous Australian hunters, Tyson (Rob Collins, Cleverman, Extraction) and Shanika (Indigenous Australian star Shantae Barnes-Cowan), on their quest to battle the last colony of vampires in the middle of the South Australian desert. The series also stars Yael Stone (Orange is the New Black) and Callan Mulvey (Avengers: End Game), amongst others.

Firebite premieres on December 16 on AMC+. Check out the trailer below: