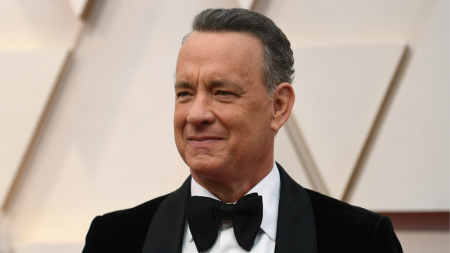 Apple TV+ has acquired the new Tom Hanks sci-fi drama Bios. The film was produced by Steven Spielberg’s Amblin Entertainment. It was originally set to be released by Universal Pictures.

Apple has also changed the name of the title to Finch. No release date has been announced yet, but they are aiming for late 2021. According to Variety, the movie was sold to Apple TV+,

“due to the impaired theatrical landscape. Though the movie theater business appears to be on the mend after nearly a year of COVID-19-related closures, some executives think Finch will be better served on a streaming service, given the crowded release schedule in 2021.”

Bios comes from producer Robert Zemeckis, who previously worked with Hanks on films such as Forrest Gump, Cast Away, and The Polar Express. Miguel Sapochnik, best known for his work on HBO’s fantasy epic Game of Thrones, directed the film from a script written by Craig Luck and Ivor Powell.

“the last man on Earth, an ailing inventor named Finch (Hanks). As he nears death, he builds an android to protect his beloved dog.”