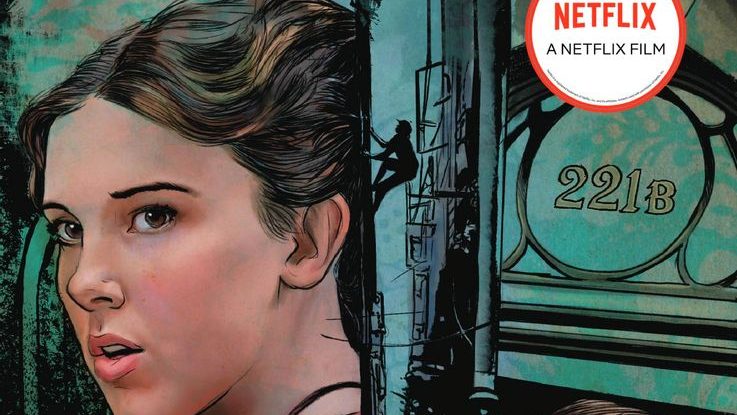 The Netflix film Enola Holmes is getting the comic book treatment with a new graphic novel titled Mycroft’s Dangerous Game. The younger sister of Sherlock Holmes will be headlining another series in the upcoming young adult release from Legendary Comics.

The Netflix original film stars Millie Bobby Brown as the title character and has launched a new franchise with a huge upside and plenty of potential moving forward. With this new venture into comic books, we have the opportunity to see Enola Holmes go on adventures in all forms of entertainment. With a sequel on the way in 2022, the graphic novel is set to bridge the two Netflix films and expand Enola Holme’s adventures.

“After a pact of anarchists abduct Mycroft, Enola is looking for answers with the hope of saving her brother. Teaming up with Lord Tewkesbury and a young lad “Shag,” Enola’s investigation takes a turn and reveals the anarchists’ sinister plan.”

“We are so excited to expand Enola’s world and story with an exciting new adventure in our graphic novel from this extremely talented creative team… Nancy has come up with a really fun story with some charming new characters and some returning  familiar faces. I hope fans will enjoy solving the mystery with Enola!”

Published by Legendary Comics, the graphic novel will most likely be canon as the character shares the likeness of Brown and the announcement that it is an extension of the films. Be sure to get your thinking cap on and join Enola on her next mystery ahead of the upcoming Netflix sequel.

SPIDER-MAN ACROSS THE SPIDER-VERSE Part 2 Arrives In 2023