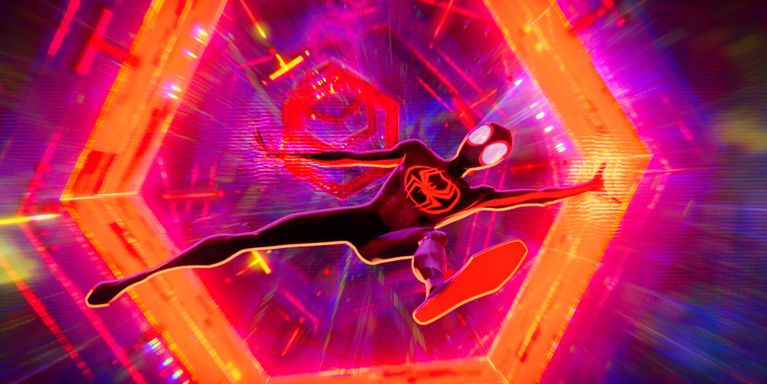 SPIDER-MAN ACROSS THE SPIDER-VERSE Part 2 Arrives In 2023

Sequel screenwriters and producers, Phil Lord and Chris Miller said in a Q&A recently that:

“Miles story is an epic, We wrote what we thought the story needed to be, and to our surprise, we realized it was two movies instead of one. We’re working on them both as we speak. Part Two will be out sometime in 2023. We will sleep again in 2024.”

We now have our first look at Part 1 with the teaser trailer we got a few days ago and we know that Shameik Moore will reprise his role as Miles Morales, as well as Jake Johnson as Peter Parker, Hailee Steinfeld as Spider-Gwen. Miles faces a new challenge in Spider-Man 2099 who is portrayed by Oscar Isaac. Also joining the Spider-Verse is Issa Rae who will play the role of Spider-Woman.

As for Kimiko Glenn’s Peni Parker, Nicolas Cage’s Spider-Man Noir, and John Mulaney’s Spider-Ham, it remains to be seen whether they’ll return. When asked, Lord and Miller said:

“Miles will reunite with some old friends and meet… a lot of new ones.”

Joaquim Dos Santos, Kemp Powers, and Justin K. Thompson are directing the sequel, with Dave Callaham penning the script alongside Miller and Lord.

Spider-Man: Across the Spider-Verse Part 1 will swing into theaters on October 7th, 2022.