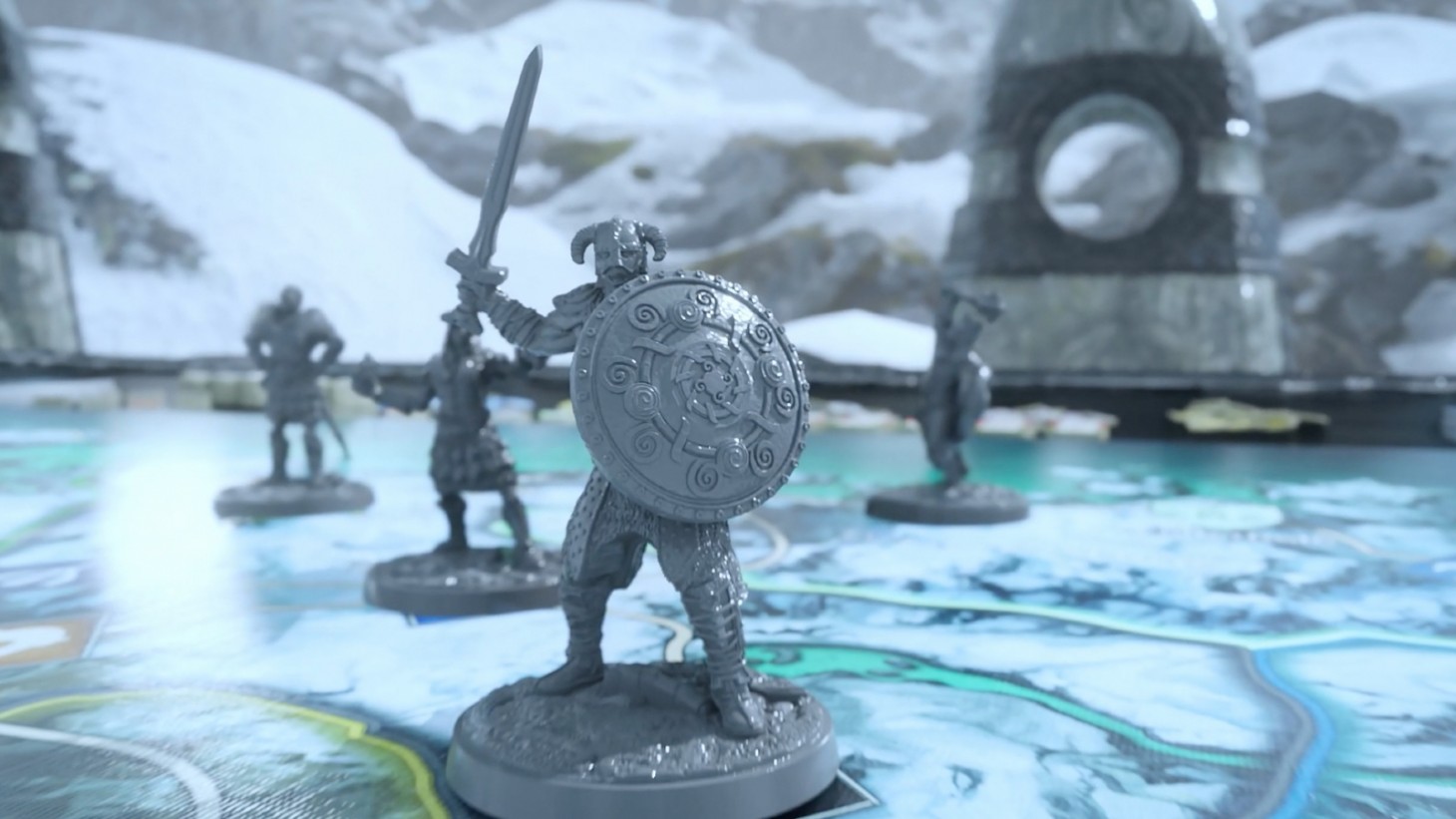 Bethesda is set to celebrate the 10th anniversary of the beloved fantasy RPG, The Elder Scrolls V: Skyrim which already has an anniversary re-release set to arrive soon and now we have gotten news that a new board game is headed our way as well.

The Elder Scrolls V: Skyrim – The Adventure Game is being created by Modiphius Entertainment and it will be a tabletop RPG with 12 hours of story content at your disposal. Along with that, the game will allow players to make unique story choices, roleplay as characters, adapt to different play styles, and much, much more that is guaranteed to give you more than 12 hours of gameplay.

“This new solo/cooperative (up to four players) game of adventure and exploration invites aspiring adventurers to return to the frost-covered lands of Skyrim,” a press release reads. “Take up arms against dragons, Daedra, trolls, and many more wretched creatures to help the common folk sleep a little easier at night as you battle for glory. It’s a dangerous time, so the party brave enough to charge head-first into danger best have each other’s back.”

With six races to choose from and an awesome miniature to accompany the race, you choose ( Nord, Dunmer, Imperial, Altmer, Khajiit, and Orismer). You will have the option to equip weapons, spells, armor and visit iconic locations from Skyrim such as Riften and Whiterun. With two campaigns to choose from each spanning three chapters. Modiphius has said that each chapter will run you roughly 90 to 120 minutes to complete. This isn’t just an everyday narrative adventure as your actions and choices will dictate how each chapter plays out.

The board game is already available for pre-order through Gamefound. There are different options and prices depending on what you opt to get. The base game will run you $92 while you can pick up an additional expansion that’ll run you up to an additional $190 or if you want to be a true Dragonborn, then you can fork over the $300 for a special edition that comes with special tokens, extra miniatures, and more goodies. All preorders are scheduled to go out in the Summer of 2022.