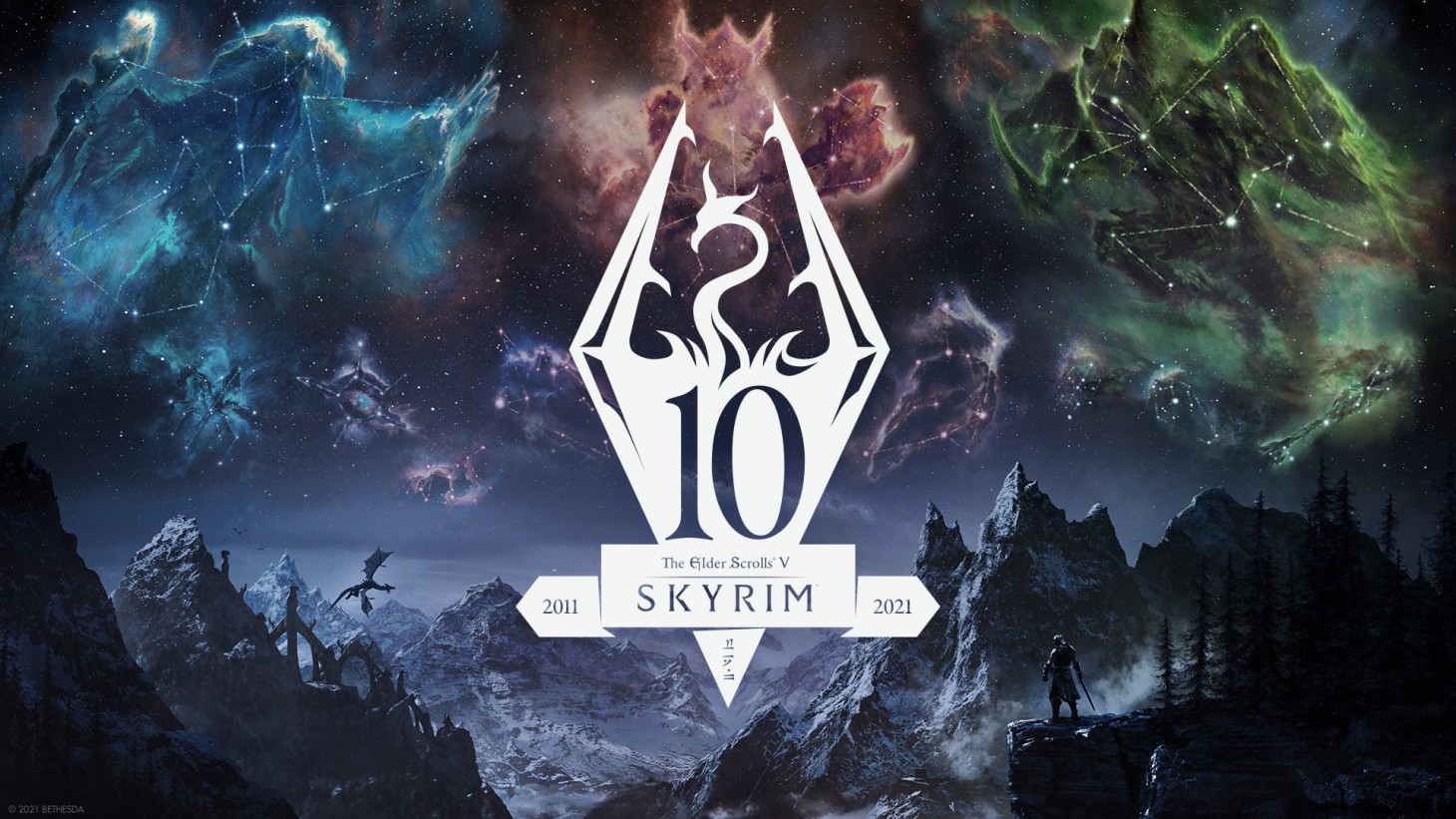 Skyrim Is Re-Releasing For The Millionth Time With Skyrim Anniversary Edition.

QuakeCon 2021 is going on now and the annual showcase kicked off with a Quake Remaster announcement and a ton of panels to check out.  It also came with the confirmation that Skyrim is re-releasing again for the billionth time, ya know, in case you need another copy!

For a quick timeline, Skyrim, the fifth entry in the beloved Elder Scrolls franchise, first launched back on November 11, 2011, and instantly became a massive hit. So much so that Bethesda re-released it. And then released it again. And then again. Fast forward to 2021. Where — you guessed it — Skyrim is coming back again, this time with next-gen upgrades for PlayStation 5 and Xbox Series X. Oh, and fishing. Skyrim is finally getting fishing.

Because this is called the Anniversary Edition, the latest re-release will be dropping on November 11 later this year, ten years post-launch.

The next-gen patch is free for all owners of the Special Edition version of the game on last-gen, or you can pay for the bundle that includes the Creation Club content for additional flair. Learn more here.

We joke about it, we make memes about it, but Bethesda knows we love Skyrim and they know we will buy the darn thing a million times over. Skyrim was and is a classic to this day and the modding community makes it all the better. Let’s not forget the infamous million wheel cheese shout. We have a new Elder Scrolls coming our way and this is the last time… maybe, that we will see a Skyrim edition released. So new Dragonborn or those christened for the billionth time, enjoy the world of Skyrim once again!

Check out the full QuakeCon schedule here for more updates!