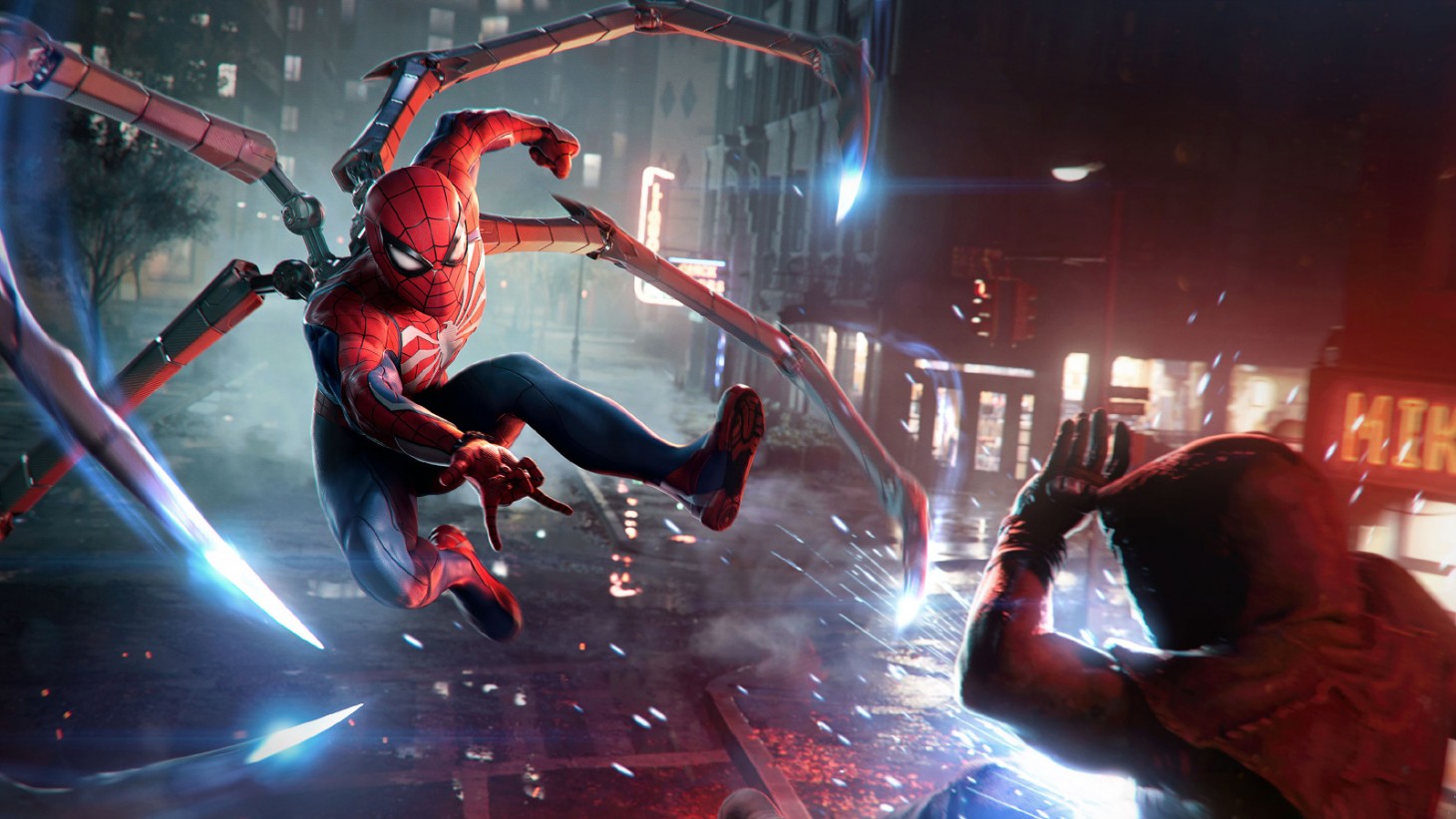 Marvel’s Spider-Man 2 seems to be taking notes from another popular Disney franchise and looking to become the dark chapter in Insomniac’s line-up of Spidey games. In a short segment on the newest, This Week in Marvel podcast hosts Ryan Penagos and Lorraine Cink chat with Vice President of Creative at Marvel Games, Bill Rosemann. Rosemann discussed some of his favorite moments from the Marvel game announcements at the Sony PlayStation showcase a few weeks ago.

While talking about Spider-Man 2, Rosemann offers some details on what players can expect but still leaves us guessing on key aspects of the reveal trailer for a bit longer. He confirms there have been some changes to both suits worn by Peter and Miles and that they will be facing off against multiple foes. We know of Venom, who was teased in the first Spider-Man and revealed in the trailer, but another mystery voice is featured just before the symbiote appears. We think it sounds like Kraven the Hunter. However, Rosemann only confirms that it’s “a voice of a character who is in the game.”

What’s most exciting from the interview is this little morsel of info Rosemann freely drops near the end of the interview: “If the first Spider-Man was Star Wars, Spider-Man 2 is kind of our Empire. It gets a little darker.” Peter Parker and Miles Morales have certainly had their share of adversity in their separate PlayStation adventures, but invoking The Empire Strikes Back certainly ties some implications to this sequel. How will the duo of Spider-Men come out of their fight with not only Venom but also the unnamed adversary? And in what shape will they, their loved ones, or New York City be in after credits roll? We’ll have to wait a while longer for those answers.

Marvel’s Spider-Man 2 is slated for a 2023 release on PlayStation 5 and Marvel’s Wolverine coming at an unknown date.

Source: This Week in Marvel