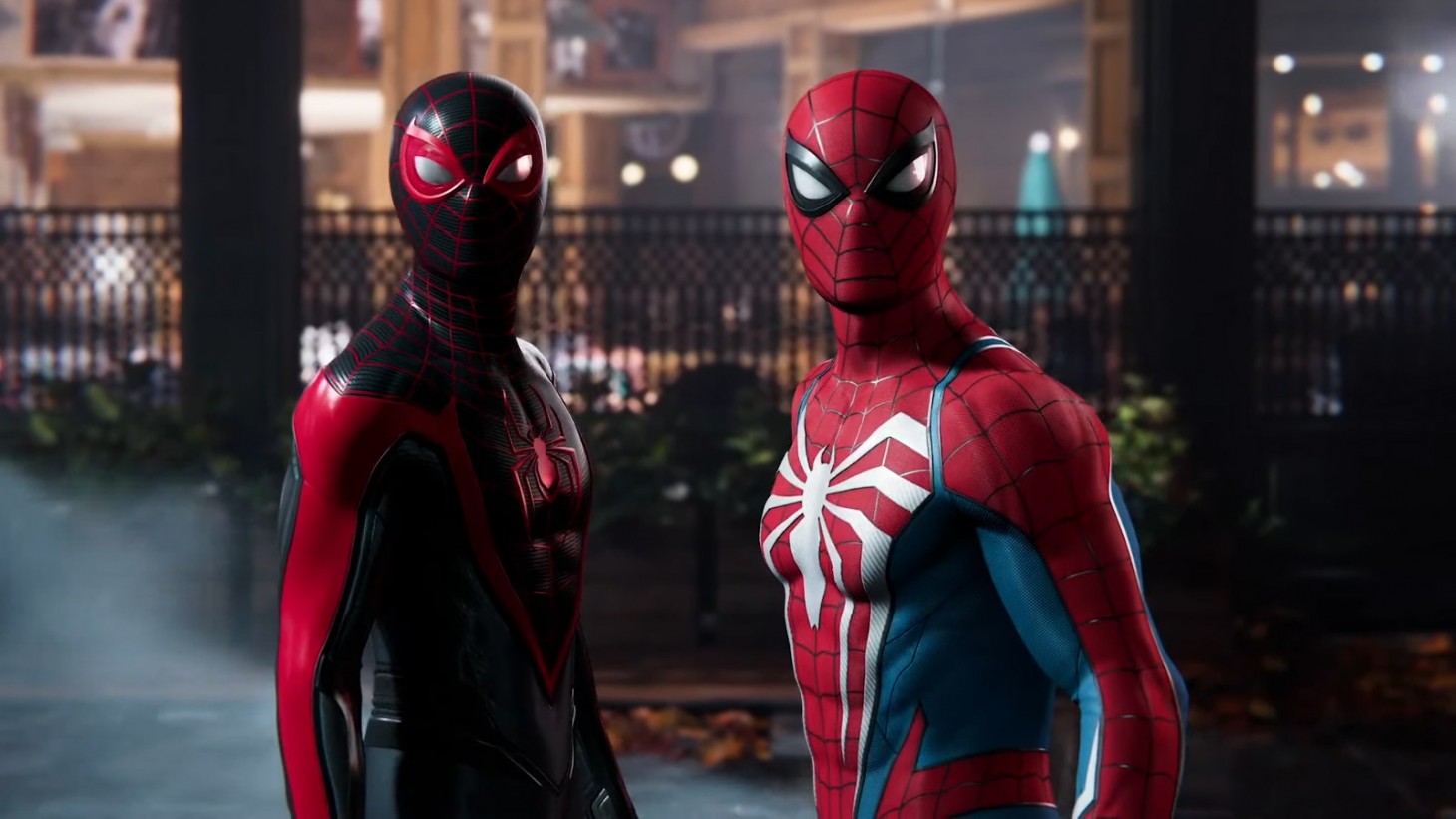 After the success of Spider-Man and Spider-Man: Miles Morales, Sony, and Insomniac today revealed the next installment in the award-winning video game series: Spider-Man 2 is coming in 2023.

The trailer offered a teaser, but little information other than that. With that said, we see a number of nods to villains and conflicts from the Spider-Man universe We see very brief gameplay sequences of Miles using his electrified venom powers, as well as separate action scenes with Peter fighting while using a suit seemingly inspired by the Iron Spider suit from the comics. And in one especially intriguing moment that is sure to lead to lots of speculation about the possibility of cooperative play, we see Peter and Miles working together to bring down an enemy.

The trailer also features a voiceover from someone who seems to be looking for a challenge in his face-off against the two Spider-Man heroes, and based on the fiction, it seems likely that the voice might be Kraven the Hunter.

Finally, in one of the biggest reveals of the video, the final scene shows a very brief look at Venom.

Spider-Man (2018) and  Spider-Man: Miles Morales were both blockbuster releases for Sony and Insomniac, receiving both critical and commercial success rarely found for licensed gaming properties. Given that, the reveal of Spider-Man 2 isn’t unexpected, but it’s certainly welcome news. Undoubtedly, the game is being built from the ground up to leverage the technological capabilities of the PlayStation 5, and Insomniac has proven itself highly capable of squeezing the juice from an already impressive machine.

The news comes on the heels of the announcement of another Marvel property on the way from Insomniac, as the developer is also now prepping their take on everyone’s favorite clawed mutant, Wolverine.

We’ll be following the development of Spider-Man 2 with great interest in the lead-up to launch.