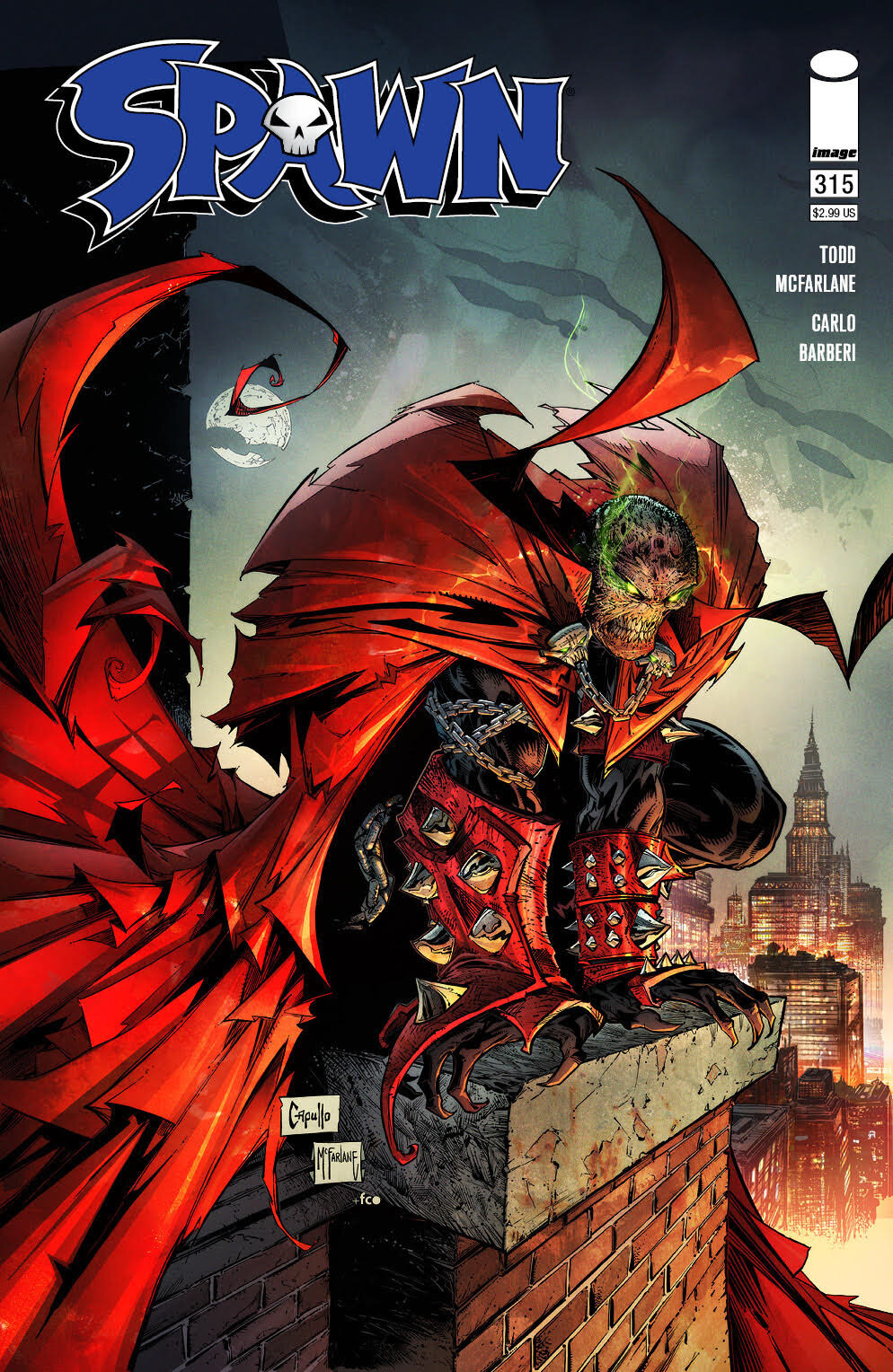 Image Comics is set to unveil a total of five Spawn #315 covers featuring artwork by Björn Barends, Stephen Segovia, plus, three three covers by Greg Capullo, two of which will be inked by by the man behind Spawn, Todd McFarlane.

You will want to get your hands on all three of the Capullo/McFarlane variants. The trio will cumulatively show each stage of the team’s creative process. Starting from the raw pencils, to inks, to the final colored version. Colors by FCO, best known for his Batman and Metals coloring. Not sold yet? Well this issue will be Introducing the first appearance of: The PLAGUE!

“Beginning with the introduction of a brand new character called the PLAGUE. We continue the recent success of the Spawn comic, driven by the awesome efforts of comic shops across this nation (and around the world), we will once again deliver on exciting covers that will excite the readers and help keep the sales of this title as strong for retailers as possible,” said McFarlane. “Through these complicated times, working as a team with retailers have given all of us some wonderful results we will strive to continue in 2021.”

Spawn #315 will be available at comic book shops on Wednesday, February 24.

Spawn #315 will also be available for purchase across many digital platforms, including Amazon Kindle, Apple Books, comiXology, and Google Play.

In this article:greg capullo, spawn, spawn #315, the plague, todd mcfarlane