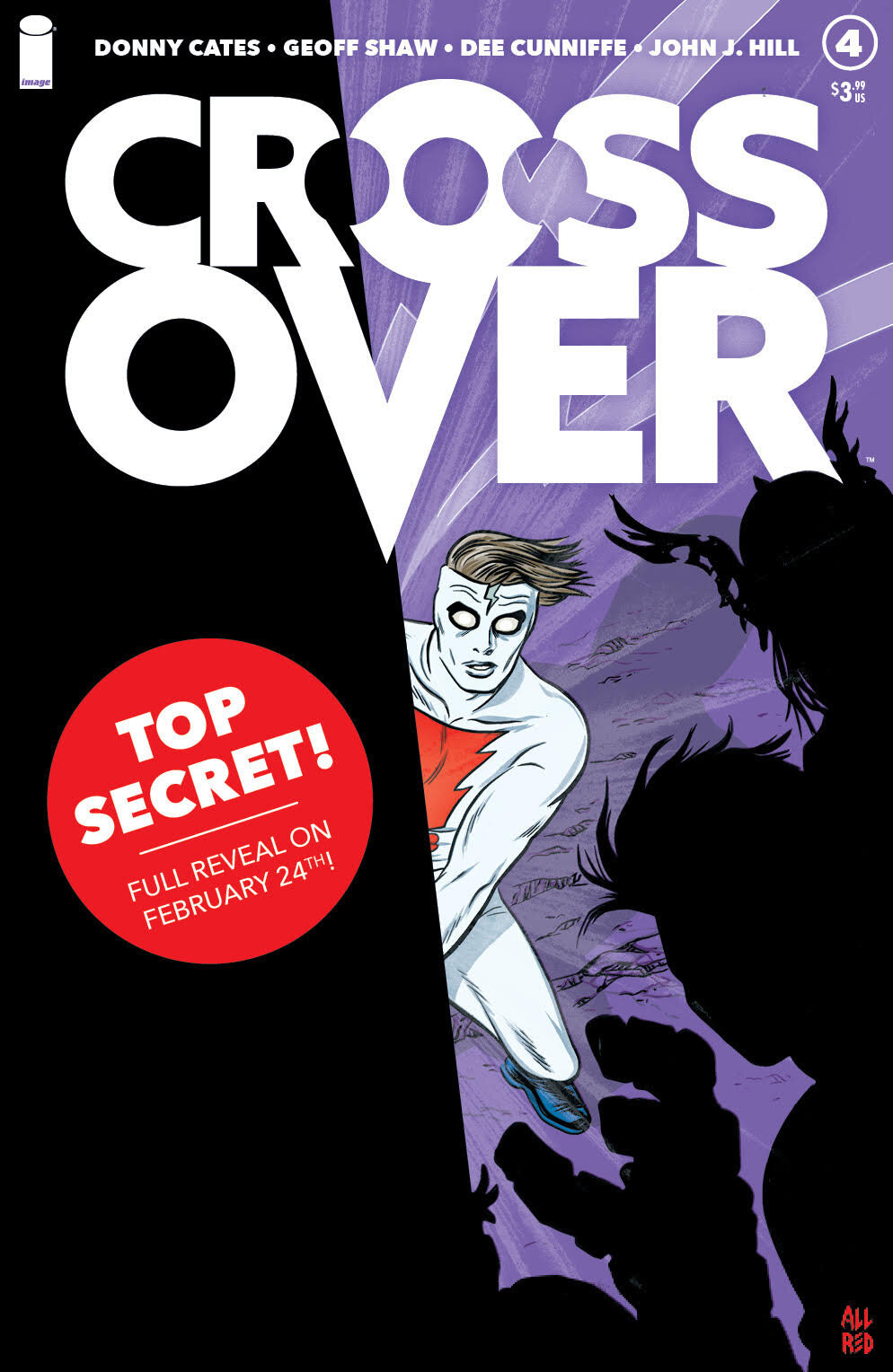 MYSTERY CHARACTER WILL JOIN MADMAN & THE PAYBACKS FOR CROSSOVER #4

Yet another exciting key character will make an appearance in Donny Cates, Geoff Shaw, Dee Cunniffe, and John J. Hill’s Crossover #4 on shelves this February from Image Comics

In keeping with Crossover’s reputation for surprise cameos from beloved comic book icons, the final cover will remain a secret until the day it goes on sale. Eager fans will just have to be sure to pre-order copies of Crossover #4 with their local comics shop and then await for the surprise of who will join Madman and The Paybacks in this upcoming installment of one of the hottest, buzziest series in stores.

In Crossover #4, Ellie, Ryan, Otto and the mysterious Ava delve deeper into the mystery behind THE EVENT on their fateful journey to the dome and the epicenter of the greatest CROSSOVER in comics history!

“This issue is maybe the most fun we’ve had in the series to date,” said Cates. “If you thought the previous cameos and surprises were insane… I PROMISE, you ain’t seen nothing yet!!”

Crossover #4 will be available at comic book shops on Wednesday, February 24.

Crossover #4 will also be available for purchase across many digital platforms, including Amazon Kindle, Apple Books, comiXology, and Google Play.