Snake Eyes: G.I. Joe Origins Gets First Look Photos of the Cast in Their Roles Plus New Story Details 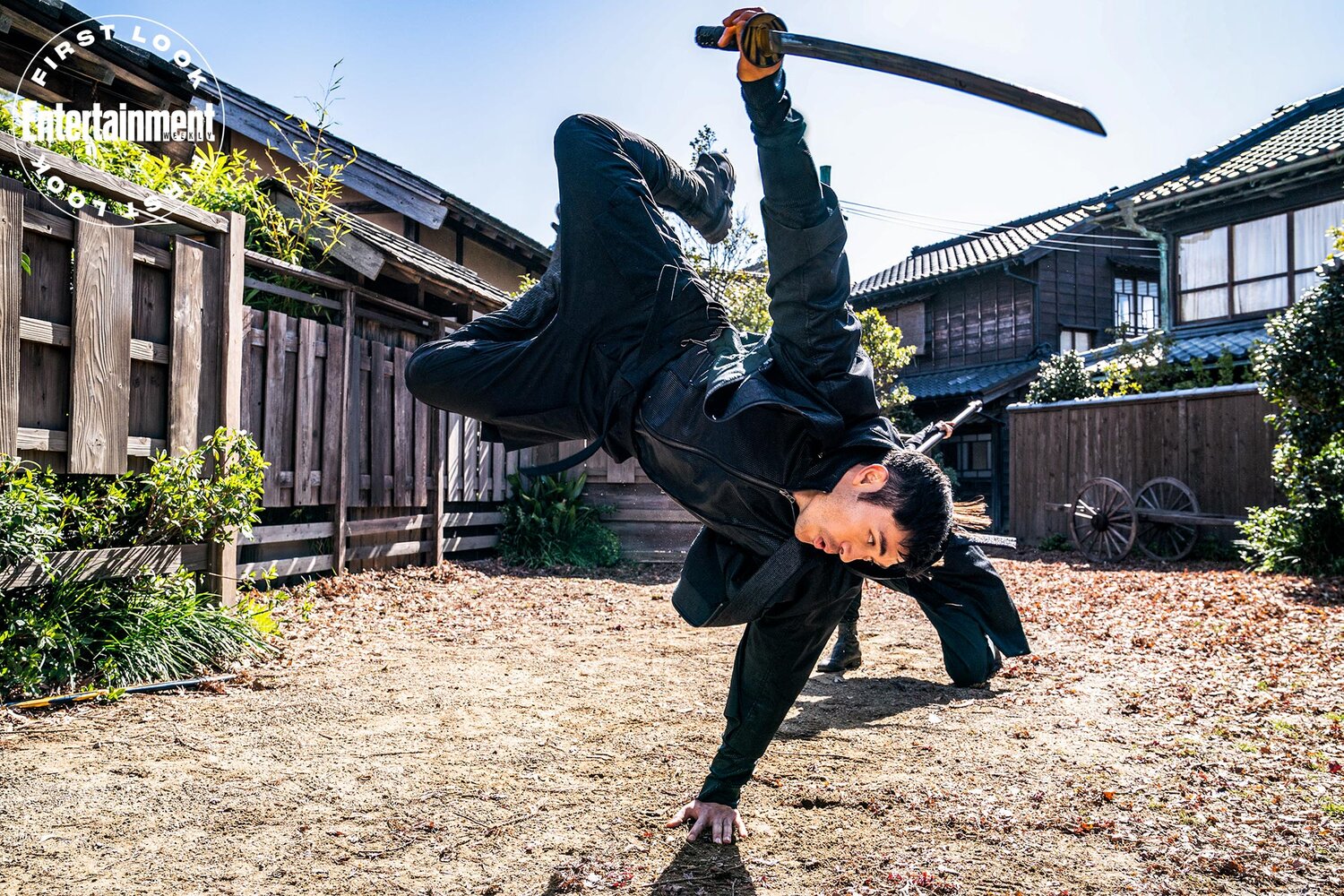 Update: A day after getting our first look, we now have a poster reveal of Henry Golding in his G.I. Joe outfit. Also, there’s reports that a trailer is set to drop this Sunday. Stay tuned as we update you.

ORIGINAL STORY: The upcoming Robert Schwentke-directed film, Snake Eyes: G.I. Joe Origins is only a couple of months away and we finally have our first look at the upcoming film.

Although we don’t get to see Snake Eyes in his iconic outfit, I am sure with a trailer headed our way soon, we can expect to get a look at Snake Eyes in is full glory soon. Producer Lorenzo di Bonaventura tells EW that Snake Eyes will “answer some questions left lingering in the minds of G.I. Joe fans after all these years. Like, what is Snake’s real name? Such details were once considered ‘classified’ in the canon of the series. You’ll learn who he is, where he came from.”

The producer goes on to share some details about the story saying, “His life has now been completely and utterly affected by this scar. It’s in this state, as he’s driven by the wrong motivations, where he’s taken under the wing of Tommy (Warrior‘s Andrew Koji)” who is Storm Shadow, a member of the Arashikage ninja clan.

Golding talks about the relationship between Snake Eyes and Storm Shadow saying, “Storm Shadow and Snake Eyes, their brotherhood/relationship is one of the most famous in the G.I. Joe lore. They have such an interesting, forever-wavering relationship of hate and love. They love each other as brothers because they’ve been through the same thing.”

It’s explained that after “saving the Arashikage’s heir apparent, Snake is taken to Japan to train and really bring out the true essence of who he is.” Snake Eyes will face three trials in order to be inducted into the clan.

Bonaventura goes on to explain that Snake Eyes is “a burdened man when the movie begins, and in this process, he lifts some of the burden. A lot of it is an internal search to find the balance in his life. That’s the gravity of the movie. There’s forces pulling him in two different directions, good and bad.”

He continues saying, “Both Cobra and G.I. Joe take a back seat to the internal drama of the Arashikage and the character. They are absolutely an element, but it’s looking at it this way: You meet somebody, watch their struggle, the struggle leads to the world of G.I. Joe and Cobra. It does not start as a G.I. Joe-Cobra movie. It starts as an Arashikage movie, a Snake Eyes character arc. You come to realize the Arashikage as they’ve traditionally been are affiliated with the Joes, therefore that brings in Cobra. There is a gradual reveal that there’s a larger world here.”

Golding adds, “Having this solo movie, we get to set the precedent for where [Snake’s] story leads. It’s phenomenal that Paramount and Hasbro chose to go right to the beginning and really start off with such a story. It gives so much more creative control over where this universe is going. I’m crazy excited to see what we do next.”

There you have it, folks! I have to say, I haven’t been the biggest fan of the previous films, but Snake Eyes has been one of the bright spots in the films and I am extremely excited to see him lead the upcoming film!