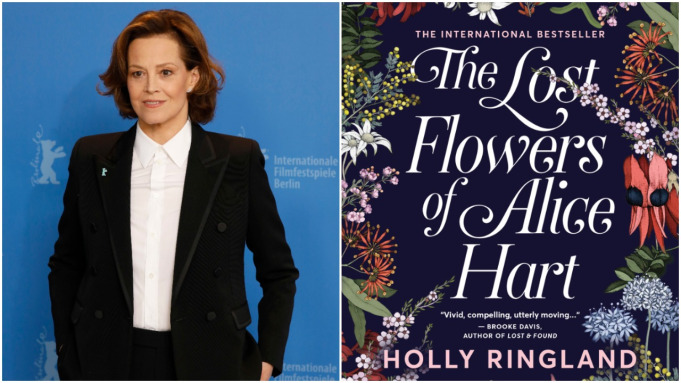 Sigourney Weaver has signed on to star in and executive produce the series adaptation of The Lost Flowers of Alice Hart, based on the book by Holly Ringland.

The seven-part series is coming from Amazon and is said to be “a tale of female resilience, friendship, and the power to overcome tragedy.” The series will be produced by Made Up Stories, Amazon Studios, and Endeavor Content and will be filmed in Australia.

The series will be adapted for screen by Australian writer Sarah Lambert, who serves as the series showrunner, with Glendyn Ivin set to direct.

The Lost Flowers of Alice Hart follows a young girl, Alice Hart, whose violent childhood casts a dark shadow over her adult life. After a family tragedy in which she loses both her abusive father and beloved mother in a tragic and mysterious fire, nine-year-old Alice is taken to live with her grandmother June on a flower farm where she learns that there are secrets within secrets about her and her family’s past.

Set against Australia’s natural landscape, and with native wildflowers and plants providing a way to express the inexpressible, the family drama spans the decades as Alice grows from a child into a woman, is epic and visceral. Her journey builds to an emotional climax as Alice, once again, finds herself fighting for her life against a man she loves.

Amazon has become a prime destination for fantastic original series, and with talent like Weavers, we may be set for another hit at Amazon.