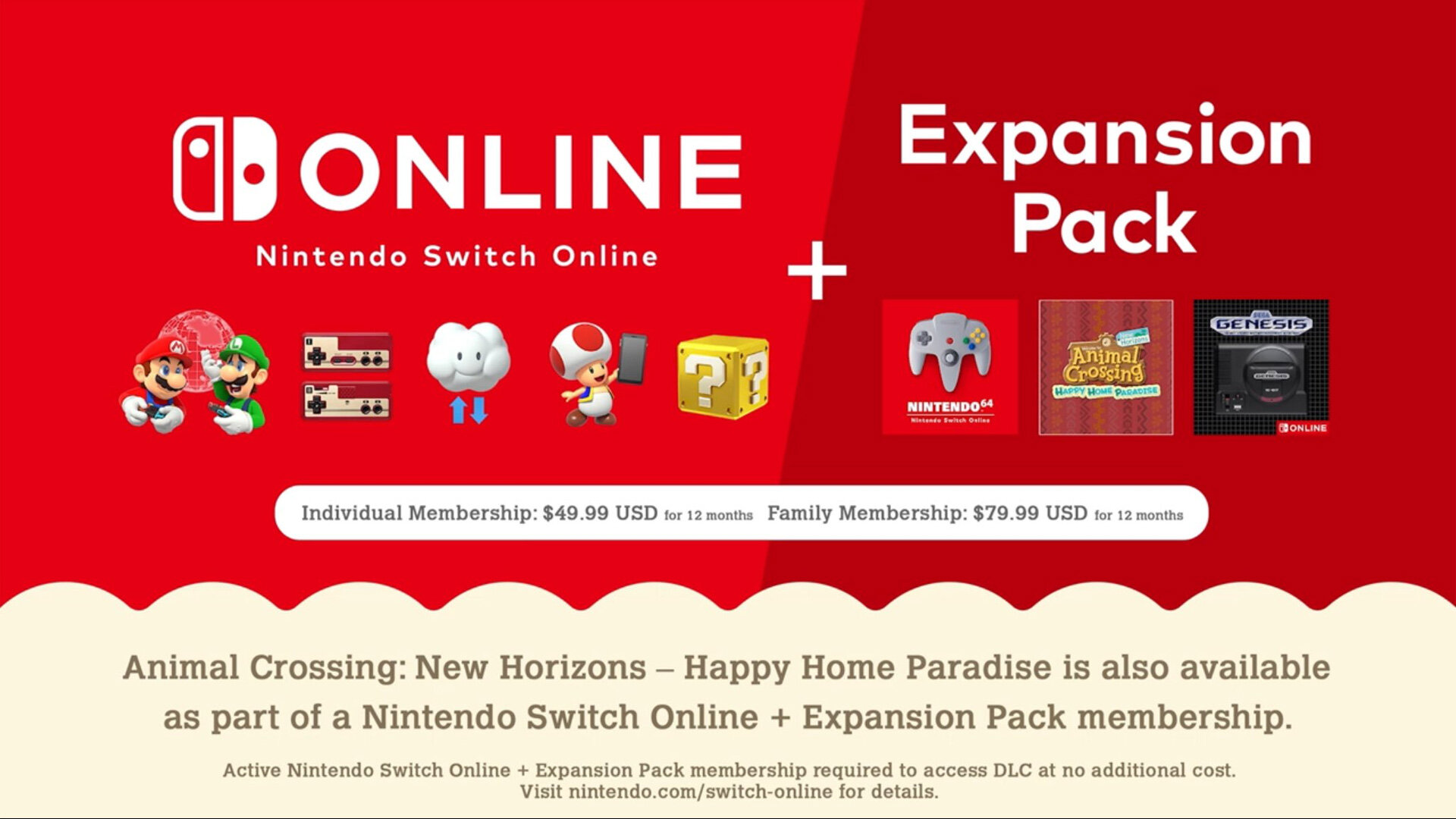 During the September Nintendo Direct, it was revealed that Nintendo 64 and SEGA Genesis games were coming to Nintendo Switch Online via a new tier of the subscription service called an Expansion Pass. No details about pricing were revealed. Now, we have prices and we have a date thanks to the recent Animal Crossing: New Horizons Direct.

First, the new tier will be available on October 25. Now we get into the pricing. For one year, an individual membership will cost $49.99 while a family membership will cost $79.99. Now, we did learn that the new ACNH DLC Happy Home Paradise will also be included (please note that the DLC will also be available as a separate purchase if you don’t want the subscription service).