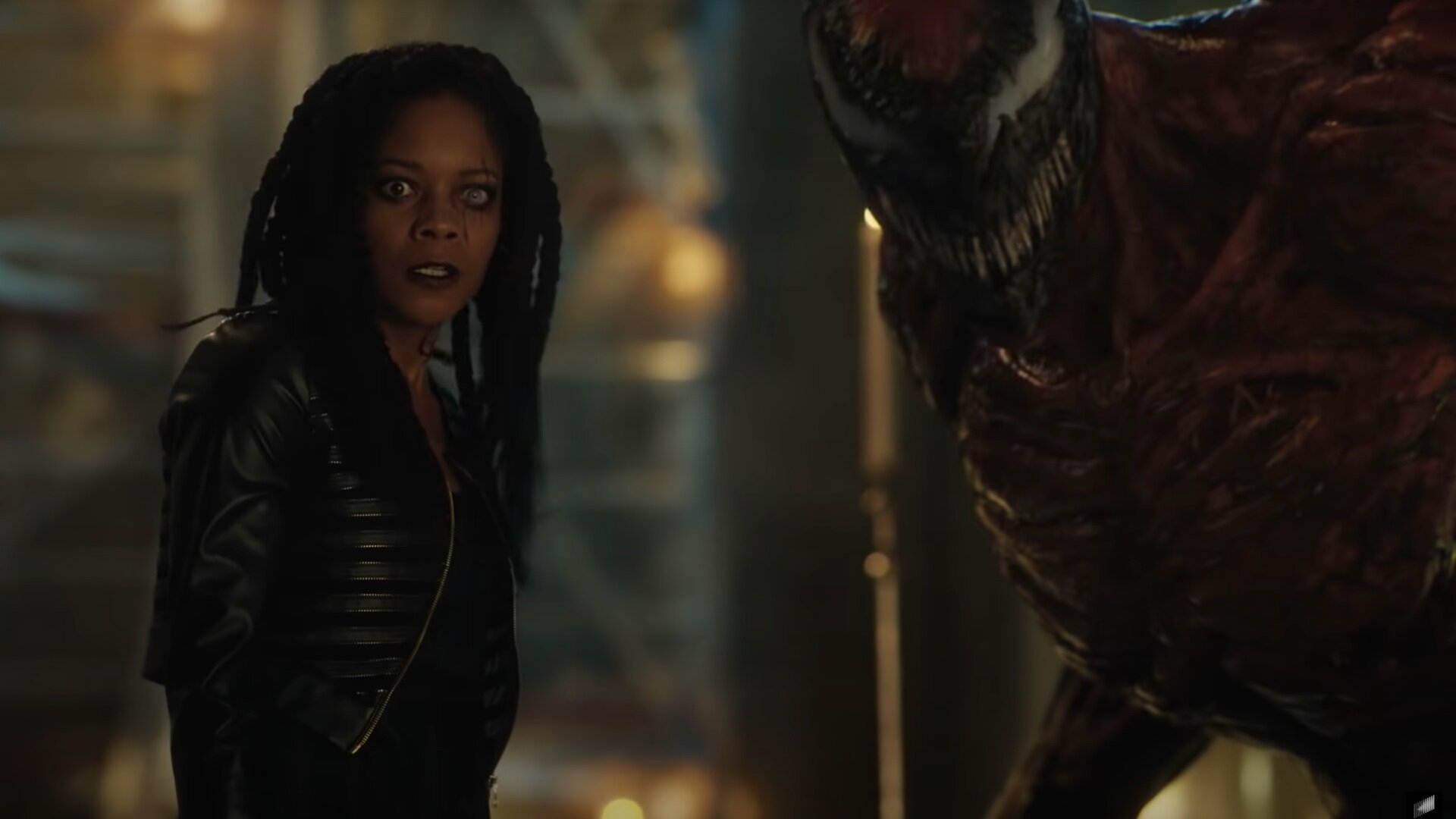 Sony Pictures has dropped a new featurette for Venom Let There Be Carnage, and this one puts the focus on the new villain Shriek, portrayed by Naomie Harris.

The video offers new footage from the film, and it includes interviews with director Andy Serkis and Harris as they talked about Shriek and her twisted and terrifying relationship with Cletus Kasady, a.k.a. Carnage. Shriek certainly looks like a crazy character who will add an interesting dynamic to the story.

Venom: Let There Be Carnage will see the return of Tom Hardy as Venom, He’ll be joined by Woody Harrelson as Cletus Kasady a.k.a. Carnage, Michelle Williams as Anne Weying, and Stephen Graham as Detective Mulligan.

Andy Serkis directed the film from a screenplay written by Kelly Marcel, based on a story by Hardy and Marcel.

The film will arrive in theaters this week on October 1st.