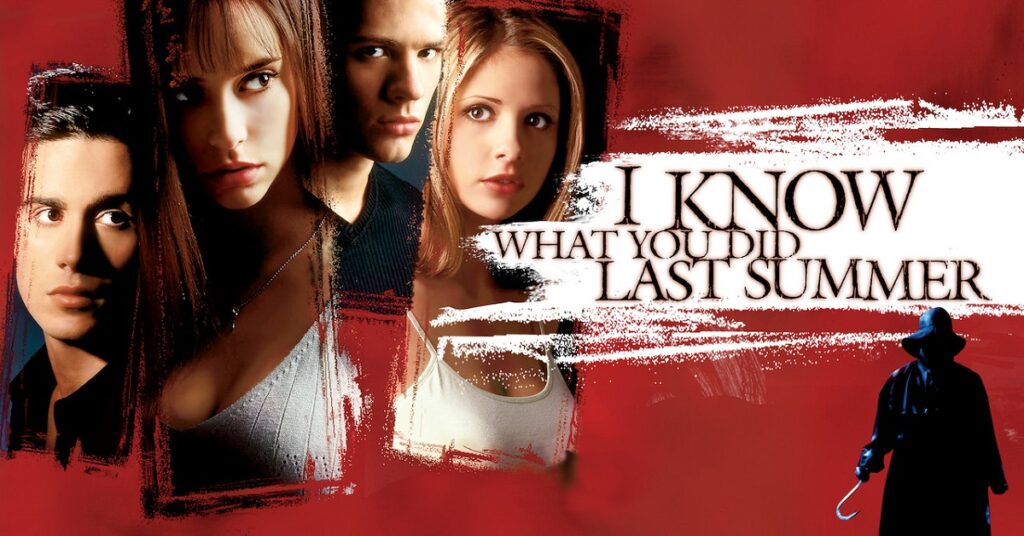 A new trailer has been released for the Amazon reboot series I Know What You Did Last Summer. The show is being written by newcomer Sara Goodman, who is executive producing the series alongside Neal H. Moritz, Pavun Shetty, Erik Feig, Peter Guber, Michael Clear, Rob Hackett, Craig William Macneill, and Shay Hatten, as well as Atomic Monster’s James Wan.

“One year after the fatal car accident that haunted their graduation night, a group of teenagers find themselves bound together by a dark secret and stalked by a brutal killer. As they try to piece together who’s after them, they reveal the dark side of their seemingly perfect town — and themselves. Everyone is hiding something, and uncovering the wrong secret could be deadly.”

Check out the trailer below, and watch the first four episodes in mid-October, with the subsequent episodes rolling out weekly on the streaming service culminating in a big event finale on November 12, 2021.

PARANORMAL ACTIVITY 7 Gets a Title and an R-Rating