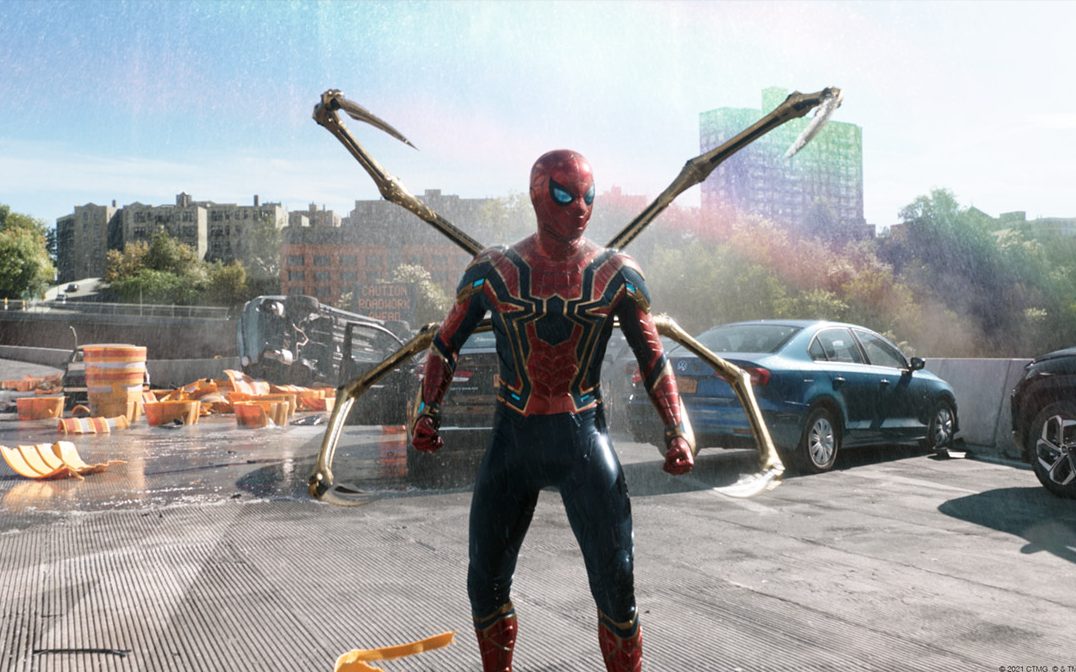 We are only a couple of months away before we finally get to watch the highly anticipated Spider-Man No Way Home. Thanks to Empire, we have some cool new photos that put the spotlight on Tom Holland‘s Spidey and his fight with Alfred Molina‘s Doc Ock’s bridge fight that we got a quick glimpse of in the trailer. The Spider-Man-themed issue of Empire also teases the appearance of Green Goblin and Electro on top of Doc Ock.

In one of the images, we see Holland in his Infinity Saga suit on the run from Doctor Octopus which may show just how much Spider-Man may have his hands full with the hectic mess he and Doctor Strange (if that is even Doctor Strange) may have unleashed. The second image gives us a look at Spidey in an updated suit, which we saw in Spider-Man: Far From Home in what appears to be another fight, although we don’t see who that fight could be with, Spidey seems to be worse for wear and although speculation points to this possibly being the Sanctum Sanctorum, there’s no way to confirm that at this time.

“For the first time in the cinematic history of Spider-Man, our friendly neighborhood hero is unmasked and no longer able to separate his normal life from the high-stakes of being a Super Hero. When he asks for help from Doctor Strange the stakes become even more dangerous, forcing him to discover what it truly means to be Spider-Man.”

Spider-Man: No Way Home is set to release on December 17, 2021. Check out the images below: