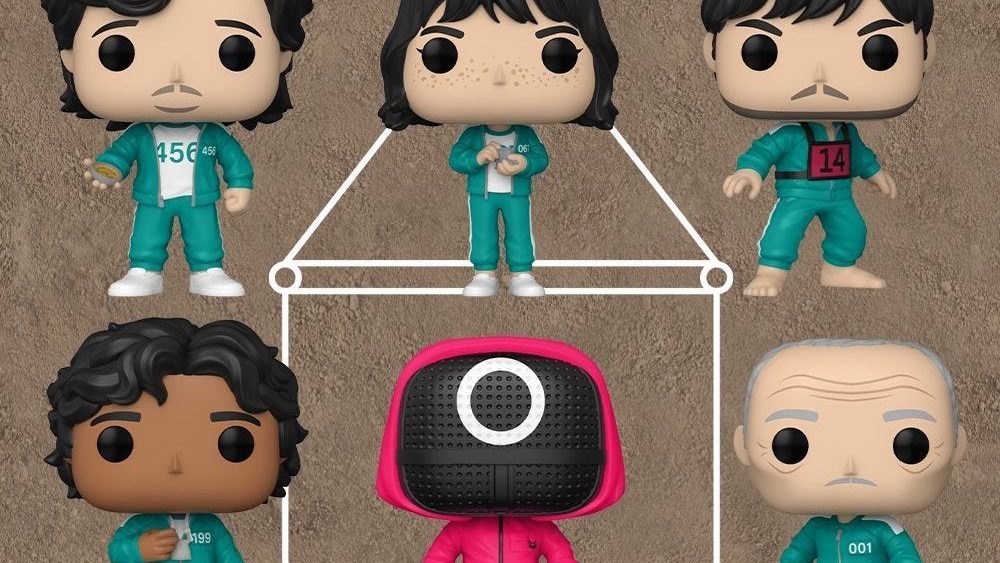 Funko has unveiled a new line of Funko Pops! in collaboration with Netflix based on the hit series Squid Game. The line of Pop figures is set to release in early 2022 and will include the series favorite players and three versions of the masked guards. The series recently celebrated a milestone of 2B minutes watched on the streaming platform.

The series that premiered in September has become a phenomenon and is officially Netflix’s most popular series of all time. The series was written and directed by Hwang Dong-hyuk who spent 10 years trying to get the series picked up. Having completed his script in 2009, he was turned down by multiple networks until it landed on Netflix. The survival series focuses on the deadly contest that involves 456 people from all walks of life, who become players in a series of children’s games to win the ultimate cash prize.

The series stars Lee Jung-Jae, Park Hae-soo, Gong Yoo, Lee Byung-hun, and HoYeon Jung with the pop culture sensation the series has become and all the attention it has received such as the endless social media attention, memes, and even a Saturday Night Live skit, it’s no surprise to see the series further memorialized through the ever-popular miniature figures.

Per EW, Funko Pops inspired by Squid Game were revealed and include Players 456, 218, 001, 067, and 199, as well as two different masked guards. Made available for pre-order on Walmart and Amazon starting October 22, the Squid Game collection will be available at all locations Funko is sold in early 2022. Featuring Player 456 (Seong Gi-Hun), holding a dalgona cookie, Player 218 (Cho Sang-Woo), wearing a vest from the Glass Bridge Game, and Player 199 (Abdul Ali) clutching a bag of marbles, the Squid Game Funko Pops are taking the series to the next level. Check them out below: