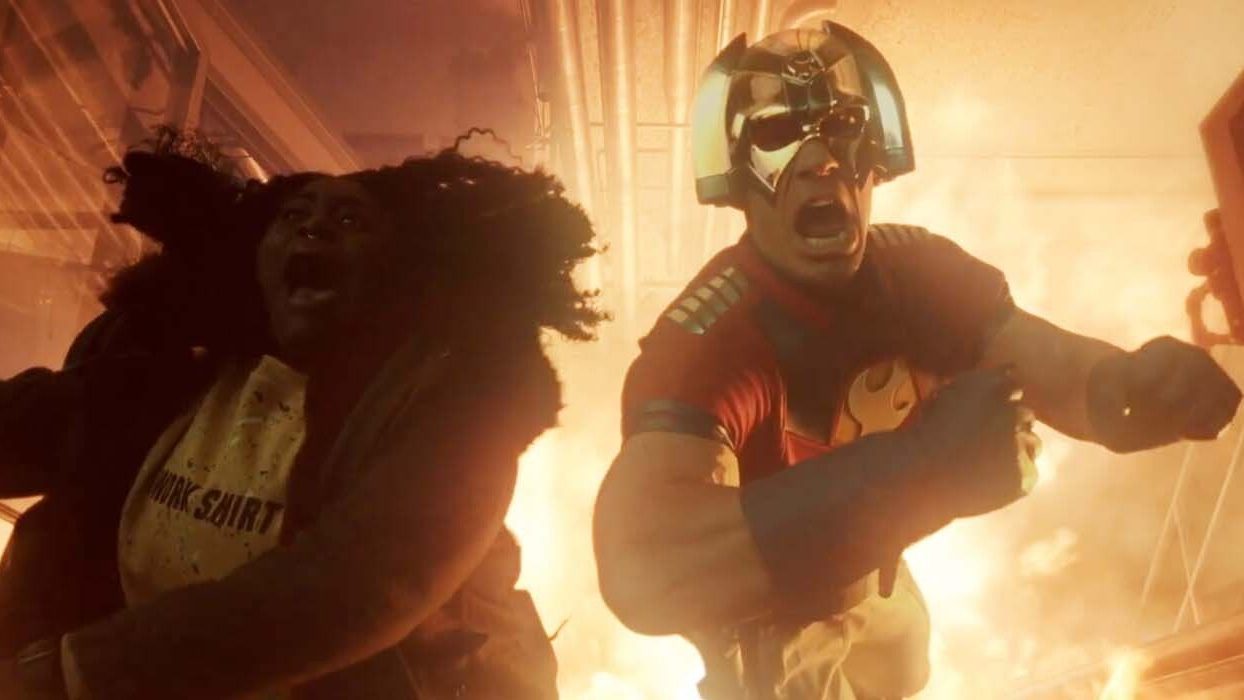 We are not too far off from the upcoming Peacemaker series coming to HBO Max. The series will serve as a spinoff from the James Gunn film, The Suicide Squad, and will focus on the character portrayed by John Cena. Well to get the hype train rolling again, we have gotten another trailer for the insane series and well, it worked. We are VERY excited for this series and the insanity it’s set to bring.

When announcing the series, Gunn said that “Peacemaker is an opportunity to delve into current world issues through the lens of this superhero/supervillain/and world’s biggest douchebag.” The end of this year’s The Suicide Squad found Peacemaker in the hospital after coming out as the film’s big villain after the events unfolded in the film and he killed Rick Flag. In this trailer, though, it seems Cena’s Peacemaker is starting to become a little conflicted about his original promise to secure peace at all costs, no matter how many men, women, and children he has to kill in its pursuit.

In addition to Cena returning as Peacemaker, the series will also see the return of The Suicide Squad’s Steve Agee and Jennifer Holland. Peacemaker also stars Danielle Brooks, who Gunn has described as the show’s co-lead; Robert Patrick as Peacemaker’s father; Freddie Stroma as Vigilante; and Chukwudi Iwuji as Clemson Murn.

Gunn penned all eight episodes of the series and is set to direct the majority of the first season. Alongside Gunn, Jody Hill and Rosemary Rodriguez will be helming the additional episodes.

With the DC Universe expanding onto the streaming platform, Peacemaker is now just a puzzle piece into the numerous projects in the works. Coming next year also includes the Batgirl film starring Leslie Grace and the upcoming Black Canary, Blue Beetle, and Static Shock films in the works as well.

Peacemaker will premiere on HBO Max on January 13, 2022. Check out the new trailer below: