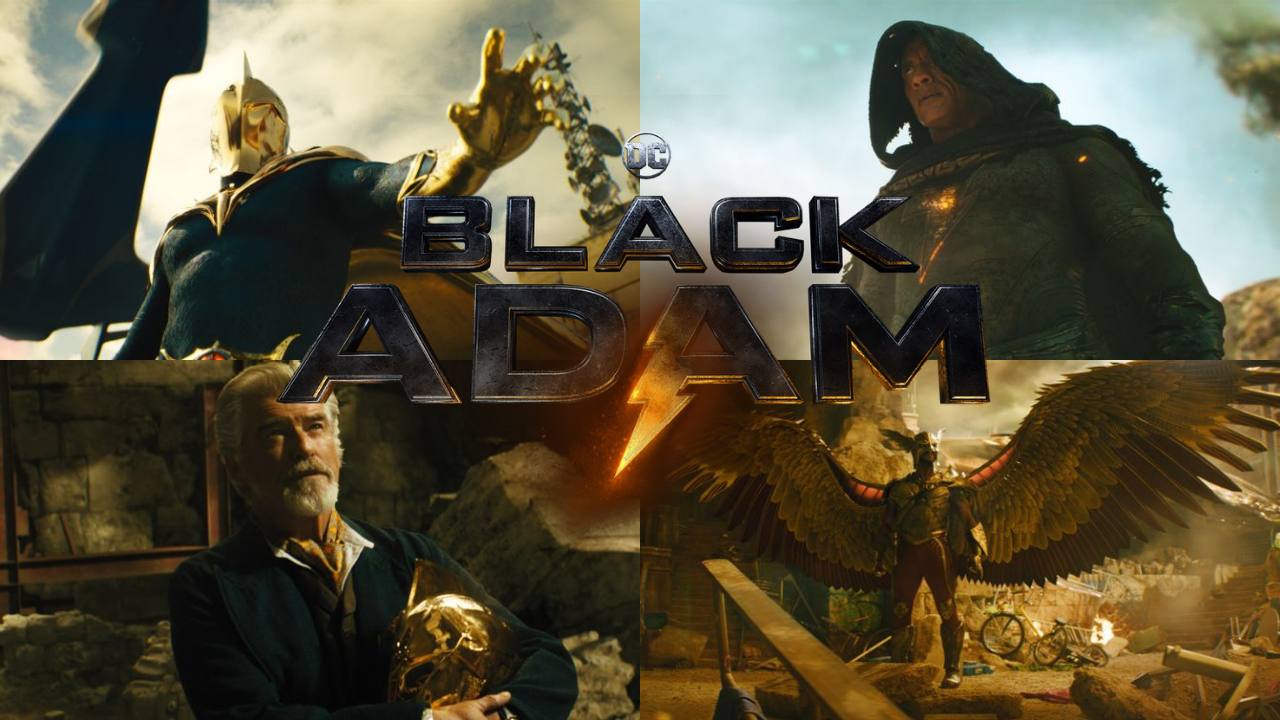 DC recently released a sizzle reel showcasing footage of the upcoming films coming to the DCEU in 2022. One of those films is the upcoming Black Adam film starring Dwayne Johnson. The fan-favorite anti-hero shows us another close look at himself and we also get a look at the heroes from the Justice Society of America that are set to appear in the film.

This will be the big-screen debut for the JSA and will be made up of members Hawkman (Aldis Hodge), Dr. Fate (Pierce Brosnan), Cyclone (Quintessa Swindell), and Atom Smasher (Noah Centineo). The team that is set to take on Johnson’s Black Adam looks picture-perfect to the source comic material and this is sure to be an action-packed heavy-hitting film.

Plot details still remain scarce, but if the footage revealed is anything to go off of, it looks as Black Adam will be going toe to toe with DC’s first superhero team, but sources have reported that there may be a third villain that may change things up with many calling Eclipso’s name to appear in the film.

Additional stars in the film include Sarah Shahi, James Cusati-Moyer, and Marwan Kenzari. Directing the film will be Jaume Collet-Serra from a screenplay written by Adam Sztykiel, Rory Haines, and Sohrab Noshirvani.

Black Adam will arrive in theaters on July 29th, 2022. Check out the photos below: