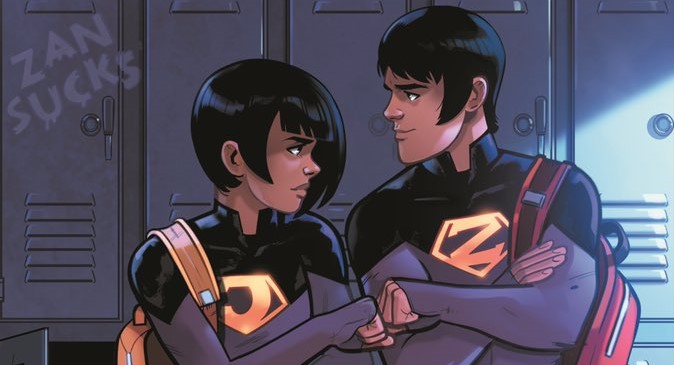 DC Comics and Warner Bros. have announced that they are in active development of a live-action film adaptation of one of the more obscure properties in the DC line-up with the Wonder Twins. THR exclusively reported that Adam Sztykiel has been brought in to write and direct the film that is set to release on HBO Max.

Sztykiel has had a hand in the DC Universe already as he co-wrote the screenplay for the upcoming Black Adam film starring Dwayne Johnson. Szytikiel has also worked on other hit projects such as Project X, Due Date, We’re the Millers, and another film starring Johnson, Rampage. Also involved in the upcoming Wonder Twins film will be Marty Bowen and Wyck Godfrey who will be producing the film.

The Wonder Twins are a pair of alien DC heroes named Zand and Jayna. The pair were introduced in Hanna Barbera‘s The All-New Super Friends Hour and have since been introduced in their own various comic lines in the DC Universe. They have also seen small-screen appearances in Smallville, Teen Titans Go!, and The Flash.

No plot details have been released yet, but the pair’s famous catchphrase, “Wonder Twins power, activate!” which led to Jayna transforming into an animal and Zan transforming into various forms of water. With that in mind, I don’t foresee the next big action blockbuster in the pair, but with the Doom Patrol finding immense success on HBO Max, and Sztykiel being a seasoned writer in comedy films, we could see an iteration that falls close to Doom Patrol‘s humor.