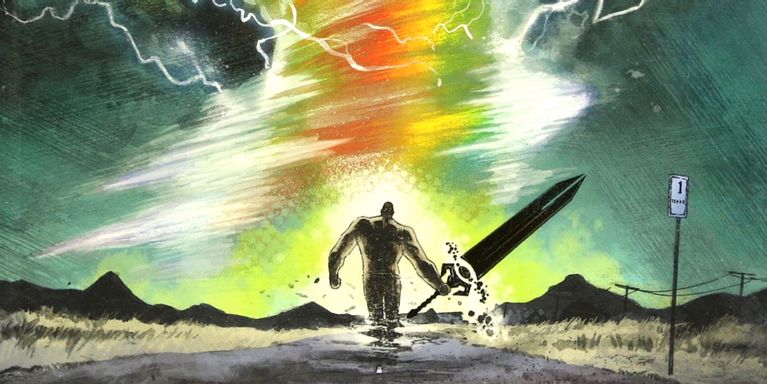 The upcoming Netflix adaptation of the graphic novel God Country is set to be helmed by Sweet Tooth showrunner and executive producer Jim Mickle. The adaptation is based on the comic series by Donny Cates who will also be co-writing the script alongside Mickle. The comic series was published at Image Comics in 2017 with art from Geoff Shaw.

In God Country we meet:

Emmett Quinlan, an old widower rattled by dementia. Emmett isn’t just a problem for his children–his violent outbursts are more than the local cops can handle. When a tornado levels his home–as well as the surrounding West Texas town–a restored Quinlan rises from the wreckage.

An enchanted sword at the eye of the storm gives him more than a sound mind and body, however. He’s now the only man who can face these otherworldly creatures the sword has drawn down to the Lone Star State…

Legendary’s Mary Parent and Ali Mendes, as well as AfterShock Media’s Lee Kramer and Jon Kramer, will be producers for the film. Mickle is no stranger to adapting iconic comic book series for TV as he recently worked on Jeff Lemire‘s Sweet Tooth adaptation for Netflix which was a huge success and earned itself a second season at the streaming platform.

No release date has been announced for God Country, but in the meantime be sure to pick up God Country at your local comic book shop ( find a comic shop near you using Comic Shop Locator) or by picking it up anywhere physical or digital books are sold. God Country is by far some of Cate’s most iconic work and the intriguing characters and story told in this series is something that many will be enlightened by.