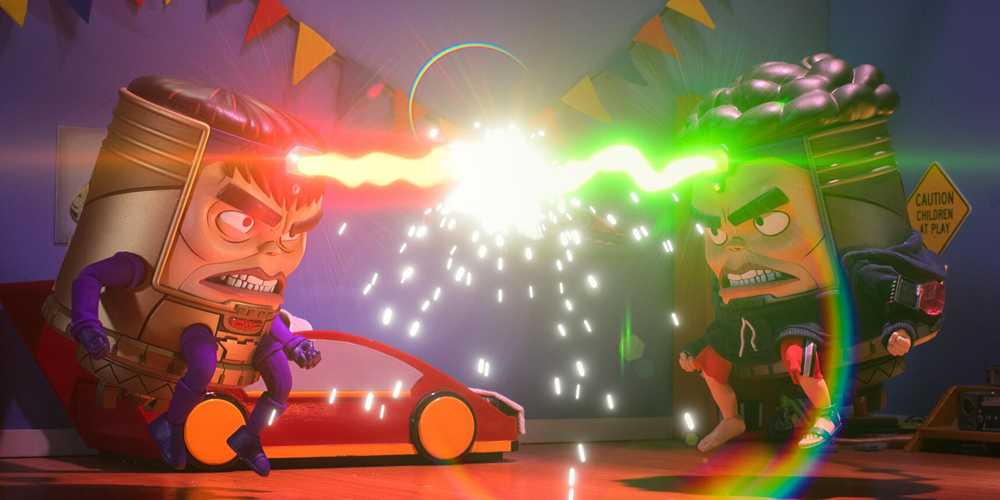 Hulu’s M.O.D.O.K. series is set to debut on May 21st and ahead of it’s debut we already have something to look forward to in season 2. Writer and showrunner Jordan Blum shared that more mutants will be introduced in season 2, including some members of the X-Men.

During an interview with Comicbook.com, Blum shared his master plan to get MODOK and the X-Men on screen together saying:

“It’s gonna be even more X-Men-heavy, I’ll tell you that much… I’ve got to do season two. Before we got the okay to use some of them, I was like, ‘Let me see how well their lawyers know these characters,’ so, you know, Lila Cheney is in the pilot and it’s like, ‘Okay, we got away with that. Let’s see what we can do next.'”

Blum is already set to introduce us to notable X-Men with Mr. Sinister making an appearance in season 1. Mr. Sinister is known for causing Scott Summers/Cyclops grief (deservedly so, because it’s Scott Summers!) in Marvel comics.

With the possible access to some of the biggest names in the X-Men lineup, you would think Blum’s mind is on Psylocke or other popular names, but Blum has his eye set Ororo Monroe herself:

“So yeah, there are some bigger, bigger guys I’d love to have show up Season Two. You know, I think I would love to write a Storm/M.O.D.O.K. scene if I’m allowed to, so… That would be my big pick, yeah,”

Now, MODOK has not received the greenlight for a second season yet, but having spoken to Blum before and the energy and excitement behind everyone involved in the series, I have no doubt that the series will be well received. Blum did share that fans could help by sharing their thoughts on the first season with the hashtag #MODOK as they watch the first season.

While you wait for the series to premiere, be sure to check out the 4 issue comic book series M.O.D.O.K. Head Games from co-creators Jordan Blum and Patton Oswalt. It is a fresh entry in the MODOK comic line and will no doubt be one of the greatest MODOK stories told.