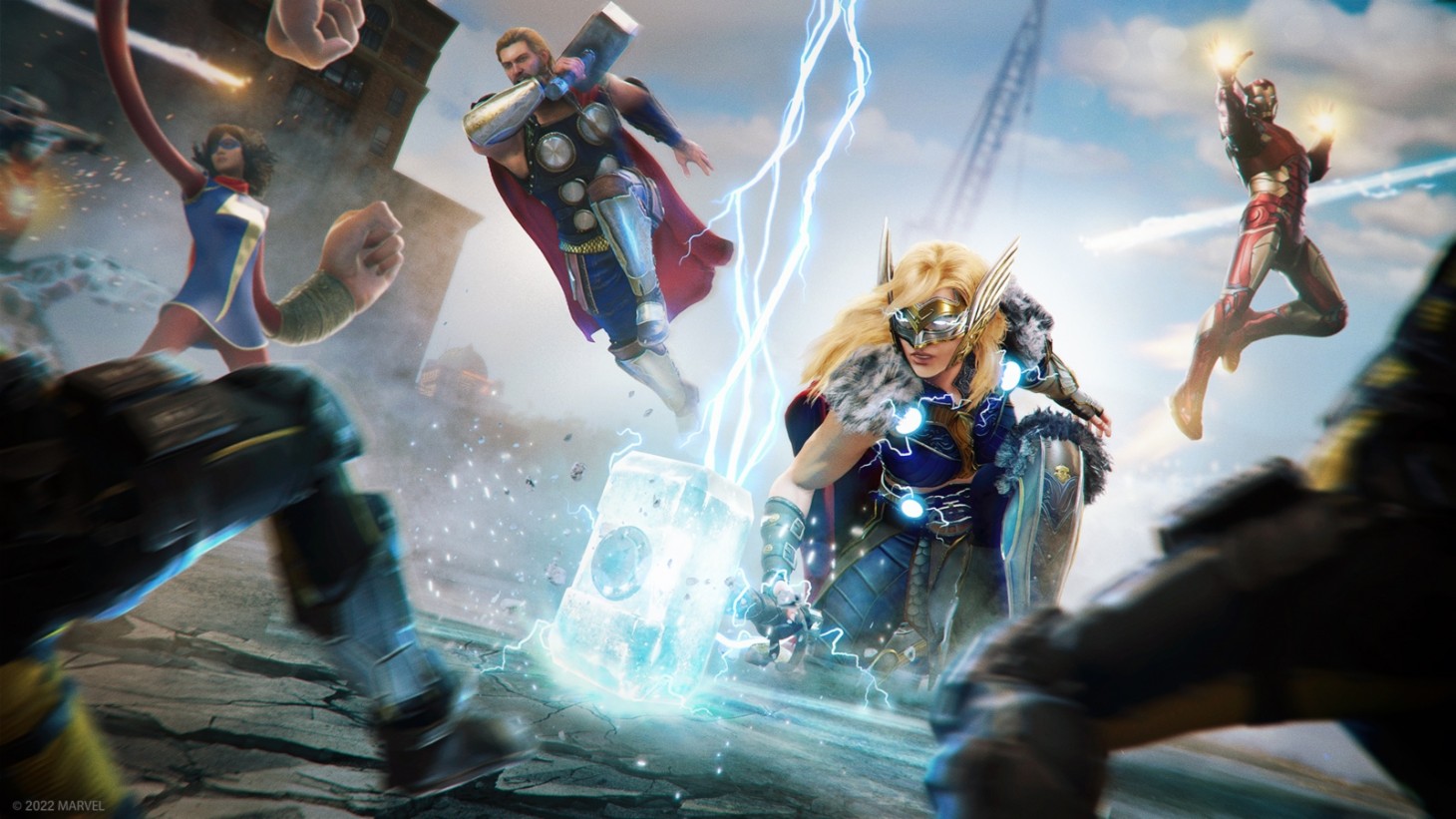 Square Enix and Crystal Dynamics have released two gameplay videos highlighting The Mighty Thor Jane Foster. Thor: Love and Thunder is right around the corner and to help you get ready, you can play as Thor Jane Foster in Marvel’s Avengers starting today. She will be the most recent addition since the PlayStation-exclusive Spider-Man joined the ranks.

Jane will be a free character added to Marvel’s Avengers. She will be a Jane Foster from an alternate reality in which she is Thor and wields the mighty Mjolnir. After Odinson relinquished Mjolnir, Jane transforms into the Goddess of Thunder, despite her cancer. AIM causes a Tachon Storm that creates a portal, pulling Jane Foster from her universe into the game’s universe and she will join the Avengers to investigate the rifts being caused and in turn, find a way home.

Jane will feature a different fight style than what we have seen from Thor in Marvel’s Avengers so far. She provides a new set of abilities and deals damage with a finesse that the bulkier Thor has shown in the past. With 10 heroes in the roster for all platforms except PlayStation who features Spider-Man exclusively. You can jump into the action starting today with the addition of Jane Foster. Check out the trailers below:

Voices That Count: Spanish Collection of Comics Shares Women’s Struggles & Stories of Empowerment In English For First Time At IDW