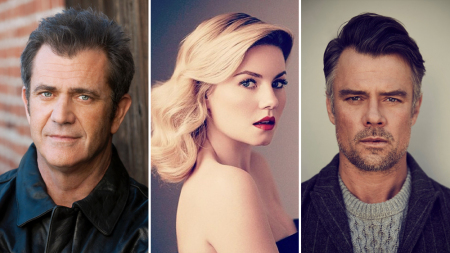 Mel Gibson and Elisha Cuthbert have joined the cast of the action thriller Bandit. They join Josh Duhamel in the film that is based on author Robert Knuckle’s best-selling novel and journalist Ed Arnold’s interviews with Gilbert Galvan Jr., who went by the name Robert Whiteman when he was dubbed the Flying Bandit for successfully pulling off 63 bank and jewelry heists during a notorious crime spree.

Bandit follows the career criminal (Duhamel) after he escapes from a U.S. prison and crosses the border into Canada, where he assumes a new identity. After falling in love and getting married, he claims to take a job as a traveling security consultant, but his daring crimes continue. After he turns to lifetime gangster Tommy (Gibson) for an investment, his career becomes more complicated and he gets embroiled in the biggest heist in Canadian history, one that puts him at the center of a cross-country manhunt.

The film is being directed by Allan Ungar and is written by Kraig Wenman. This sounds like an interesting true story, and a solid cast so far. Bandit is currently in pre-production.