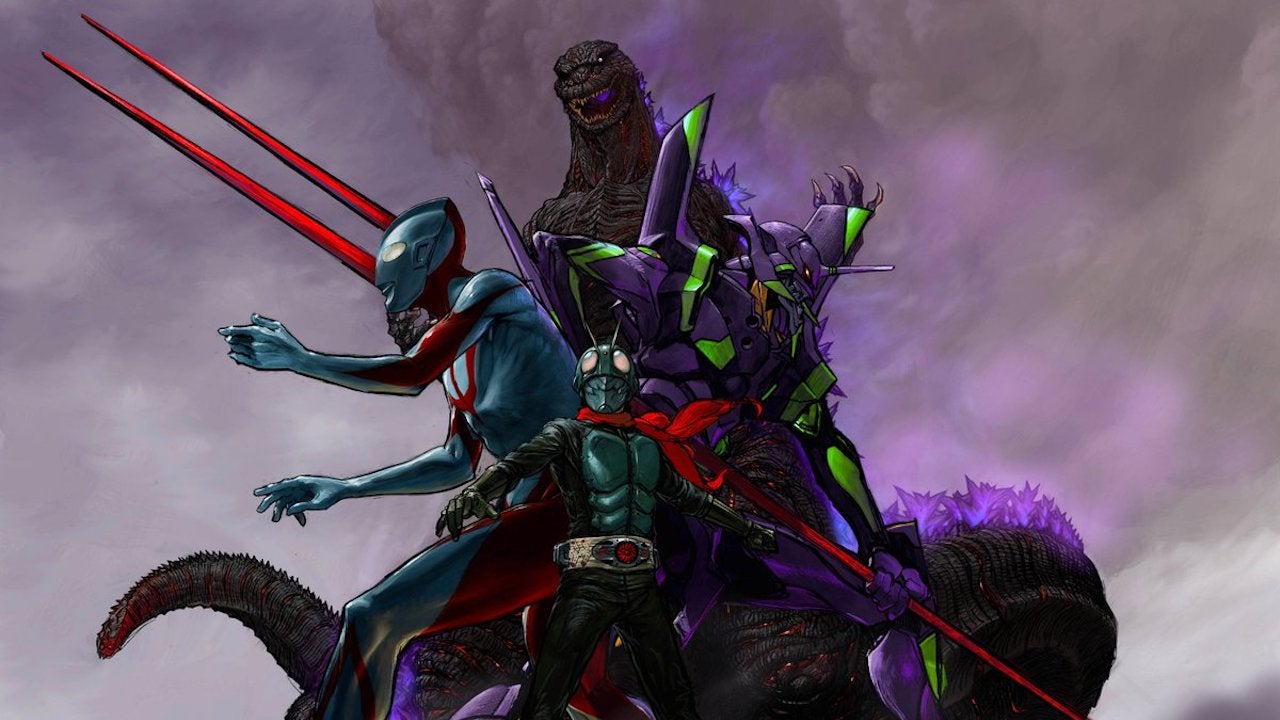 MCU-Style Movieverse is Bringing Together Godzilla – Ultraman and More

Hideaki Anno‘s Godzilla, Evangelion, Ultraman, and Kamen Rider will be joining forces in an MCU-style movieverse project titled Shin Japan Heroes Universe. As reported by Kotaku, the project will be launched by Toho Studios alongside Khara, Tsuburaya Productions, and Toei in hopes to connect all the films and universes under the “Shin” prefix in the title.

The project has launched an official website with a visual drawn by Mahiro Maeda and as you will see below, it features the four characters of the Shin Japan Heroes Universe with the “SJHU” at the center. The graphic was designed by Yutaka Izubuchi who “will color the launch of this large-scale project” alongside Maeda, as the new era begins to move forward in 2022.

There are no details on how the project will shape up but thanks to Anime News Network, they did note that events, merchandise, and other tie-ins are in the works as part of this collaboration. According to Tsuburaya Productions, there will be more details about Shin Japan Heroes Universe and its range of developments in the works this year. Check out the website art below: