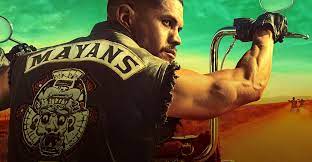 FX has released an official trailer for the upcoming fourth season of the hit series Mayans M.C. that gives us our first look into the feud that threatens the Santo Padre chapter of the Mayans.

The new season of the series is set to bring a new wave of blood and drama that has not been seen in the series before, and for the first time, the club’s very existence is threatened. The season 3 finale left fans on the edge of their seats as the club is surrounded and on the verge of an all-out war, the series will most likely also find the Reyes family’s issues in the spotlight as Felipe’s betrayal leads EZ and Angel to alienate their father.

Mayans M.C. season 4 will premiere on FX on April 19th, 2022 with the episodes available to stream on Hulu the following day. Check out the official trailer below: