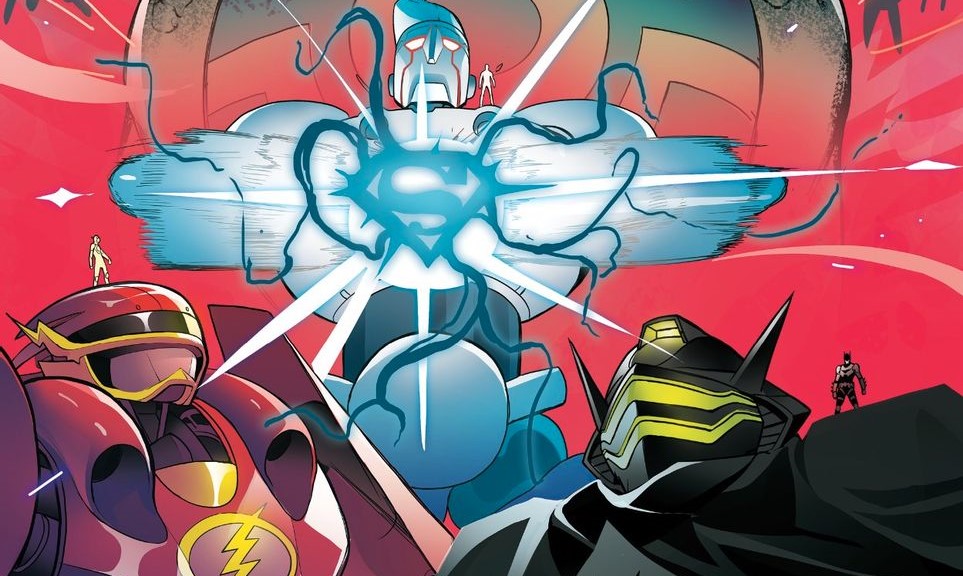 DC Comics announced during ComicsPRO 2022 that the Justice League will be getting a Gundam-sized upgrade in a new Elseworld limited series titled DC Mech. The series comes from writer Kenny Porter and artist Baldemar Rivas who are set to introduce fans to a,

The new DC Mech series will focus on:

“The end of World War II, Earth was invaded by giant mechanized Parademons from a planet called APOKOLIPS. The planet’s protectors, the Justice Society of America, were devastated and with them, the age of Super-Heroes came to an end, and the era of the Mech began.

In the ensuing years, the world has stockpiled colossal battle suits piloted by elite warriors, waiting for the day Apokolips returns. But when Kal-El, the last son of a dying world, crash lands in Metropolis with his own warsuit, he’ll face down two of earth’s greatest Mech fighters, the Flash and Batman.”

“DC Mech is inspired by my deep love of the DC Universe and the mecha genre,” Porter said in an interview with IGN. “I grew up reading DC Comics and watching any anime that I could get my hands on that featured giant robots. I’ve been a fan of the Mobile Suit Gundam franchise since middle school, and I wanted to create a world with Baldemar that completely restructured the world around augmented pilots instead of superheroes.”

“I put a lot of research into the functionality of each unique mech, how they enhance their specific pilot’s strengths and finding design elements that say something about each character as well,” Rivas added. “With the Batman mech, for example, I wanted to design a sleek and dark mech with stealth capabilities while still including a wide range of gadgets which relate to human Batman’s famous tools and fighting skills. I want these mechs to feel at home in the DC Universe and introduce something new and exciting, but familiar.”

DC Comics has been veering into the strange alternate universes as of late as they recently announced another mini-series that transforms the Justice League into dinosaurs in the title Jurassic League from writer Daniel Warren Johnson and Juan Gedeon.

DC Mech #1 will be available at your favorite local comic shop and digitally on July 26th, 2022. Check out the covers and concept art below: