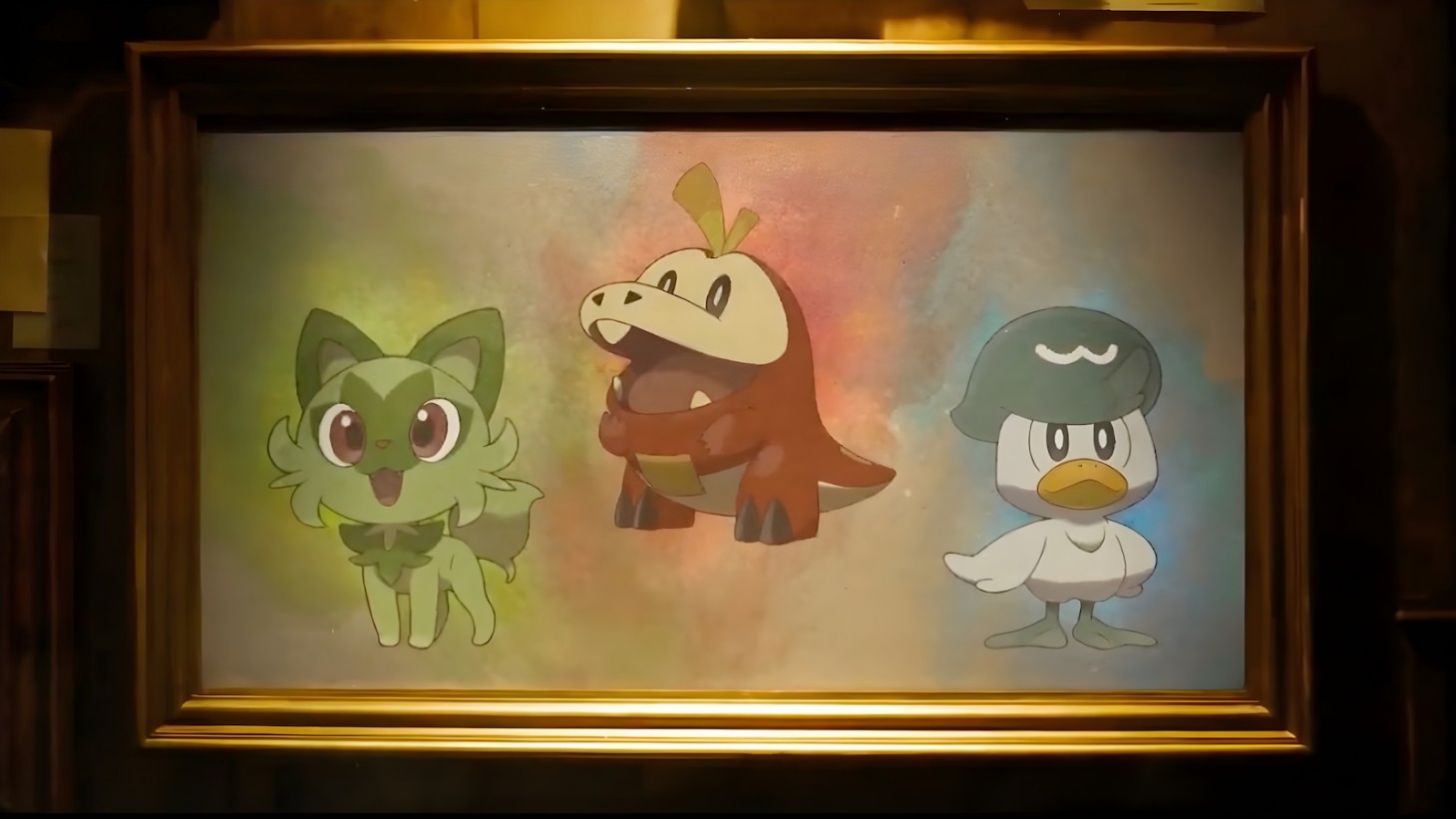 The Pokémon Day Stream revealed the next mainline Pokémon games coming our way in late 2022. Pokémon Scarlet and Pokémon Violet were revealed and will be coming to the Nintendo Switch and we also got our first look at the new trio of starter Pokémon joining the mix. Pokémon Company celebrated the release of Pokémon Red and Blue during the stream and made tons of reveals, but the reveal of the Generation 9 Pokémon and that they will arrive this year, certainly stole the show.

The trailer revealed footage of Scarlet and Violet which is reminiscent of Sword and Shield but fans will notice a significant upgrade to the game’s graphics. The trailer flashes through different locations, familiar Pokémon, and tons of magnificent use of color.

“With these new titles, the Pokémon series takes a new evolutionary step, allowing you to explore freely in a richly expressed open world, various towns blend seamlessly into the wilderness with no borders. You’ll be able to see the Pokémon of this region in the skies, in the seas, in the forests, on the streets – all over! You’ll be able to experience the true joy of the Pokémon series – battling against wild Pokémon in order to catch them – now in an open-world game that players of any age can enjoy.”

As exciting as it was to see a new generation of Pokémon arrive, the Pokémon Company stole the show by giving fans a look at the new starters. The new starters include a Fire-type crocodile named Fuecoco, a Water-type duck named Quaxly, and a Grass-type cat named Sprigatito. The designs for all three are superb and I am sure fans are eagerly awaiting to be able to take them out on this new adventure.

Game Freak confirmed the games will arrive this year with a release date to be revealed at a later time.