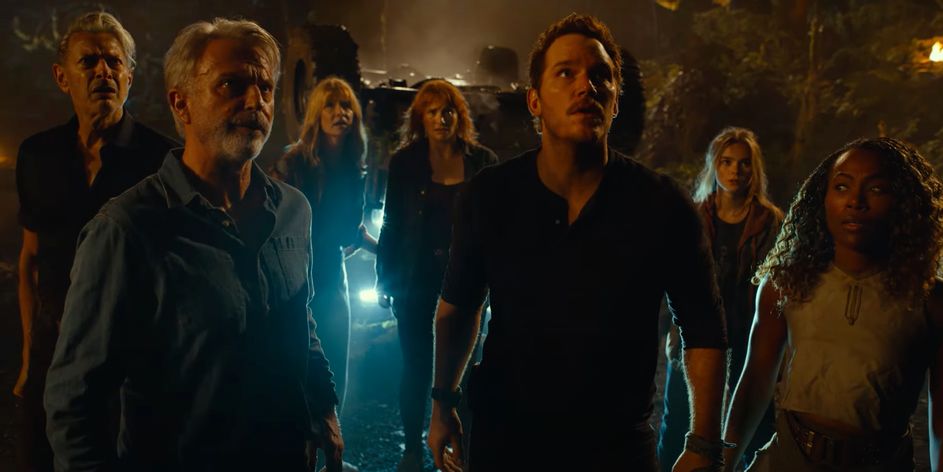 Universal Pictures has released the first trailer for the epic conclusion to Jurassic World. The film is set to reunite old friends as well as bring back the film’s stars in Jurassic World Dominion.

In Fallen Kingdom, we saw dinosaurs get released into the wild and now we see that they are all around the world and in the four years between the films, there are encounters with dinosaurs happening in all parts of the globe. The trailer shows us how humanity has attempted to adapt and how well we are faring trying to co-exist with prehistoric creatures. Can humans and dinosaurs co-exist or will we see another species face extinction once more?

The original film was beyond its time and Steven Spielberg revolutionized special effects with Jurassic Park, in a film industry that is heavily influenced by CGI, Jurassic World Dominion director Colin Trevorrow previously mentioned that Dominion would expand their use of animatronics, honoring the original film that started it all. This along with the return of the original cast of Jurassic Park makes this a conclusion to a franchise that will be a sweet farewell.

The film will star Chris Pratt, Bryce Dallas Howard, Daniella Pineda, and Justice Smith and is set to bring back Jurassic Park cast members Sam Neill, Laura Dern, and Jeff Goldblum. The film was co-written by Trevorrow and Emily Carmichael.

Jurassic World: Dominion hits theaters on June 10, 2022. Check out the new trailer below: