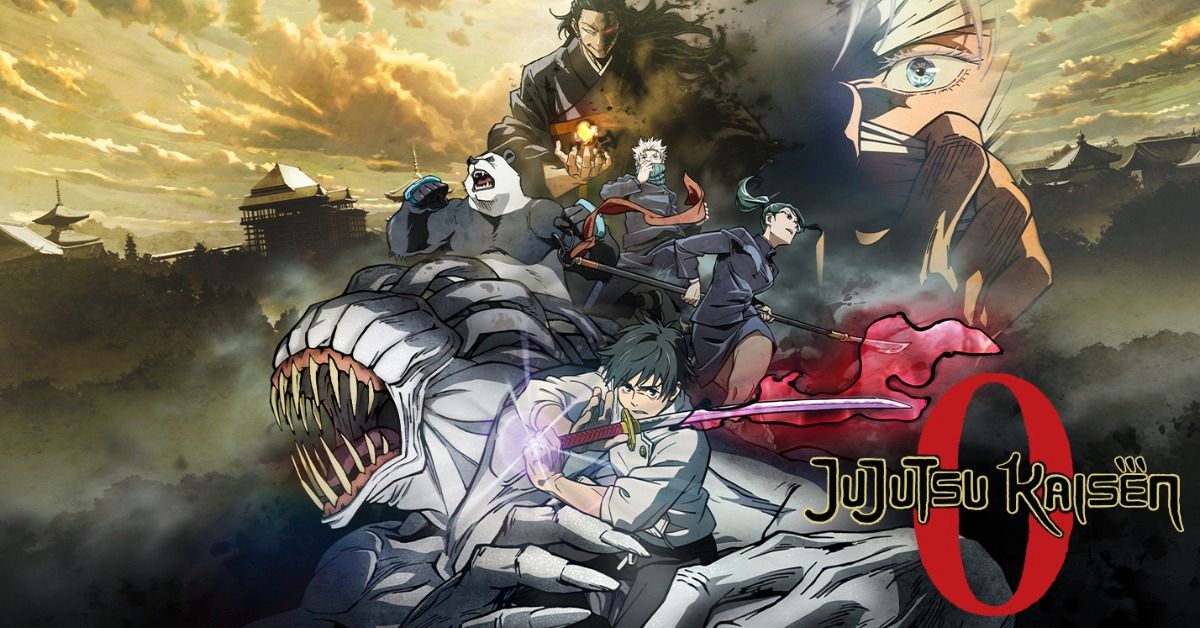 The Jujutsu Kaisen 0 trailer has been released and with it is revealed the cast that will lend their voices for the film adaptation of the highly-popular Japanese manga, Jujutsu Kaisen. Crunchyroll announced that the English dub voice cast will include Kayleigh McKee, Anairis Quiñones, Allegra Clark, Xander Mobus, Matthew David Rudd, Kaiji Tang, and Lex Lang.

The film is slated for a theatrical release in the U.S. and Canada on March 18th from Toho Animation and will be available in both dubbed and subbed versions of the film. Advanced ticket sales begin tomorrow, March 1st, 2022. Along with the trailer and voice cast announcement, a theatrical poster was also revealed showing several of the main characters of the hit anime.

“When they were children, Rika Orimoto was killed in a traffic accident right before the eyes of her close friend, Yuta Okkotsu.
Rika became an apparition, and Yuta longed for his own death after suffering under her curse, but the greatest Jujutsu sorcerer, Satoru Gojo, welcomed him into Jujutsu High. There Yuta meets his classmates, Maki Zen’in, Toge Inumaki, and Panda, and finally finds his own determination. Meanwhile, the vile curse user, Suguru Geto, who was expelled from the school for massacring ordinary people, appears before Yuta and the others. While Geto advocates for creating a paradise for only jujutsu sorcerers, he unleashes a thousand curses upon Shinjuku and Kyoto to exterminate all non-sorcerers. Will Yuta be able to stop Geto in the end? And what will happen to breaking Rika’s curse…?”

Jujutsu Kaisen 0 is based on a manga of the same title by Gege Akutami and is set to be a prequel of the anime series. The manga series has seen immense success having sold over 60 million copies in Japan. The anime series was named Anime of the Year at Crunchyroll‘s 2021 Anime Awards. The anime series is available to stream on Crunchyroll and Funimation and has a second season slated for a 2023 release.

Jujutsu Kaisen 0 was directed by Sunghoo Park who also directed several episodes of the anime series. Check out the trailer below: