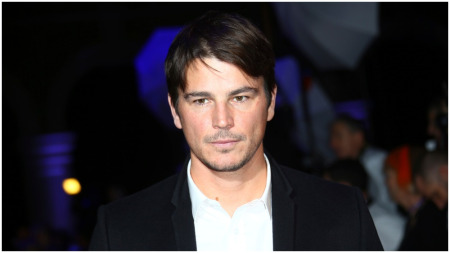 Actor Josh Hartnett will star in Sky original thriller series “The Fear Index,” based on the bestselling novel by Robert Harris (“Fatherland”).

“a computer scientist and genius who is ready with a new AI product launch that promises big returns, but whose roll-out plans go awry. What follows is a journey through the worst 24 hours of his life — cutting across reality, memory and paranoid fantasy, forcing him to question everything he sees with his own eyes.”

The show is said to be,

The script was adapted by Paul Andrew Williams and Caroline Bartleet. It was directed by David Caffrey and also stars Leila Farzad, Arsher Ali and Grégory Montel.

“Paul and Caroline’s scripts offer a relentlessly gripping take on a chilling Frankenstein parable of our times, and we are delighted to be working with Left Bank and the incredible cast led by Josh Hartnett to bring Robert Harris’s thrilling story to Sky viewers later this year.”

“This could not be a more timely moment to explore the sinister application of AI, and we are very excited to partner with Sky to bring Robert Harris’s prescient thriller to the screen.”

Produced by Left Bank Pictures in association with Sky Studios, The Fear Index will begin filming this month in Hungary.