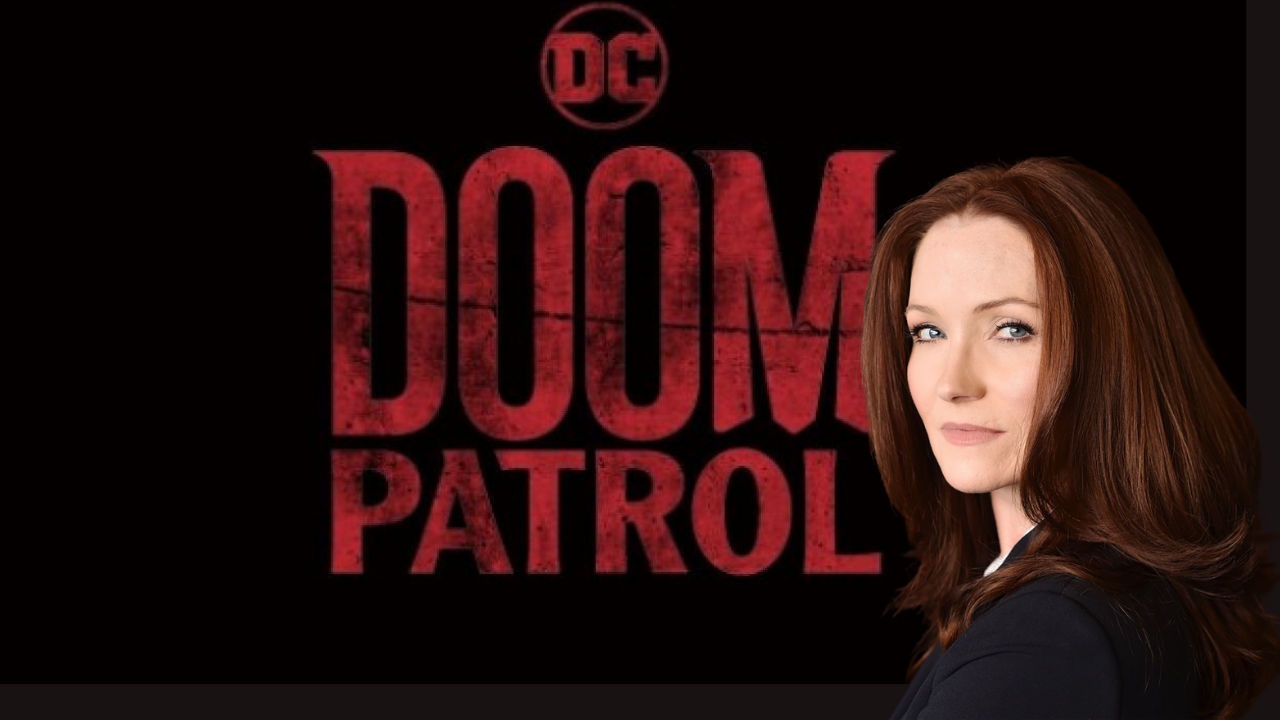 Doom Patrol is steaming full ahead in its third season and the non-stop entertainment and insanity have yet to let up. We have seen a whole town get swallowed into a donkey, Cliff inadvertently starts a rivalry with a rat, and Cyborg with all his power deals with internal problems that make him a danger to himself and others. All the meanwhile this dysfunctional yet codependent family brought together by circumstance… or was it? Is learning to deal with their past, their present, and what they want from the future. Originally characters that were introduced in another DC Universe series that has found a home on HBO Max, Titans. Doom Patrol won the fans over and the spinoff series was announced shortly after and has found success in its originality and heart.

When asking Goldston to give those future fans of Doom Patrol a brief description of the series, she said:

“Doom Patrol is about five people who have their various brokenness issues like all of us do. And incidentally, from some cataclysmic event, all of those broken parts of them became superpowers and they don’t want them but they got them. So, all of us have superpowers. I’d like to think that we all have our own superpower. As far as the underground goes, I am a part of that. And the underground is crazy Jane’s mind. So, everything that goes on in the underground, looks just like the underground in England in London. And it’s her brain. So, she has lots of different personalities. Every personality has a different station in the underground. Crazy Jane was created in 1989 by Grant Morrison, and they only called her Crazy Jane for Episode One of Doom Patrol. They no longer call her Crazy Jane. She does have dissociative identity disorder, which creates all of our personalities.”

When asked what holds The Secretary back from being the “the primary,” and how integral she is to The Underground, Goldston shared:

“I like to think so. I call her the Spock of the underground, she’s a [] logical and kind of emotionless and she just allows Jane to get the straight scoop without all the drama of the other personalities who tend to get too angry with her at times. But Secretary, she’s more of just that straight shooter and she’ll be there to listen for her, be there to offer exposition or whatever Jane needs just to keep all of us safe.”

“I think because of her nurturing– whether her nurturing aside, I think it would, it would really take a hit. And when all of us lost baby doll and flaming Katie but especially baby doll, because she was there quite a bit for us last season– that was a really heart-wrenching episode for us. It really affected all of us. I mean, we were kind of hugging on set. That was before the pandemic and whatever so we were hugging on set. And it was hard. It was very hard. So, I think any loss for any of us in the underground, we all feel it, not just the characters but the actors, we’ve very much become a family.”

Goldston shared how the source material for The Secretary was very slim and she had the opportunity to create her from scratch saying:

“Probably it’s funny because there was nothing on the secretary when I auditioned so I had nothing to go off of. All of the other personalities really kind of had something to go off of that. It was comic at some point or another. Hammerhead, Of course, she was already out there a lot and she was surfaced quite a bit. There’s the Karen entity but that’s also played by Diane. But for me, there was nothing except a little itty-bitty picture– you may or may not have seen it in one of the comics. It was all of her personalities and in this little [] picture of this little Secretary with eyeglasses. I’ve got to create her from scratch but she’s fun.”

Although the first 2 seasons of Doom Patrol combined for a whopping 24 episodes, sadly, Doom Patrol season 3 only consists of 10 episodes, but if you have been keeping up with them as we have, you know that there is no shortage of the elements we absolutely freaking love.

The official synopsis for season 3 reads:

“In the third season, Dorothy’s battle with the Candlemaker reaches its climax and the Doom Patrol suffers a tragic loss when the Chief finally dies of old age. Though the Doom Patrol’s ally Willoughby Kipling salvages Chief’s head stating that his time isn’t over yet.”

Doom Patrol can be streamed exclusively on HBO Max with new episodes released weekly on Thursdays. You can find Jackie Goldston on social media by visiting her on INSTAGRAM.