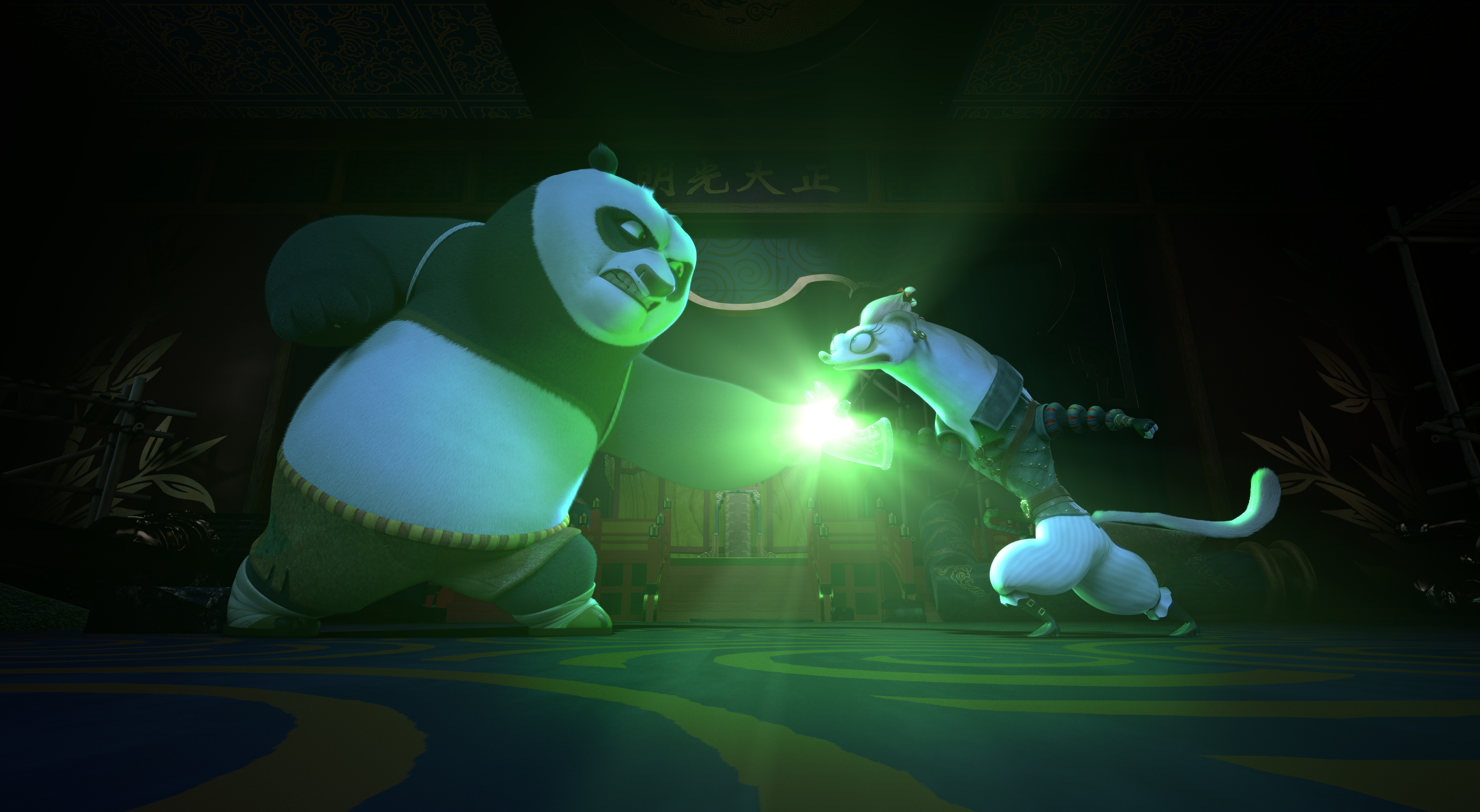 Netflix and DreamWorks celebrated National Panda Day by announcing the grand return of Jack Black in one of his most iconic roles in the new animated series Kung Fu Panda: The Dragon Knight. Along with the series announcement, new images were also released featuring Po.

The first image teases Po (Black) and a pair of antagonists in the new series. These two weasels travel the world in search of mystical weapons and in the image can be seen interrogating Po. We also see Po in action as he gets himself caught in another exciting journey, and you can bet you will see some of his most trusted friends joining the fight.

Check out the series’ synopsis below:

“Jack Black returns to Kung Fu Panda in the new series Kung Fu Panda: The Dragon Knight. When a mysterious pair of weasels set their sights on a collection of four powerful weapons, Po must leave his home to embark on a globe-trotting quest for redemption and justice that finds him partnered up with a no-nonsense English knight named Wandering Blade. Together, these two mismatched warriors set out on an epic adventure to find the magical weapons first and save the world from destruction — and they may even learn a thing or two from each other along the way.”

Kung Fu Panda: The Dragon Knight does not currently have a release date. Check out the first look images below: