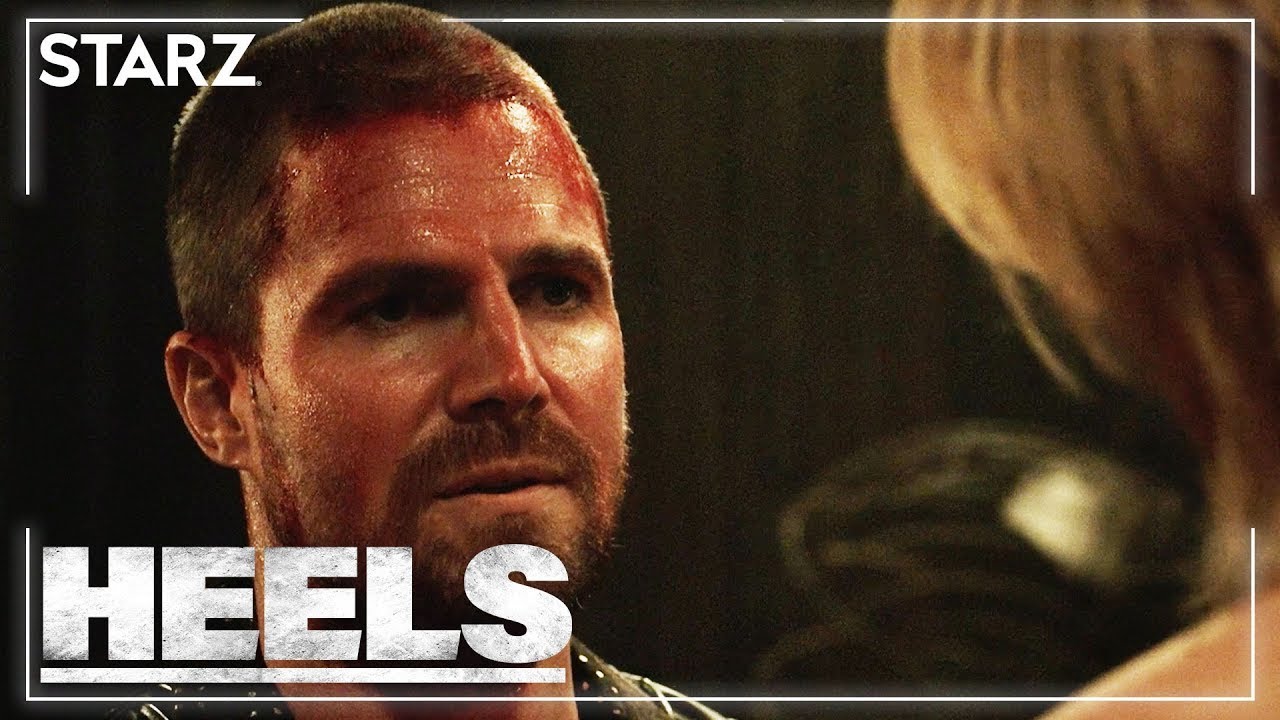 The new Heels trailer shows off the upcoming wrestling drama series coming to Starz. The series stars Stephen Amell and Alexander Ludwig. They play two pro-wrestling brothers, Jack and Ace Spade, and the show tells the story about the men and women who chase their dreams in the world of small town pro wrestling.

The series is set in a close-knit Georgia community, and “it follows a family-owned wrestling promotion as two brothers and rivals, Jack Spade (Amell) and Ace Spade (Ludwig), war over their late father’s legacy. In the ring, somebody must play the good guy (Ludwig) and somebody must play their nemesis, the heel (Amell). But in the real world, those characters can be hard to live up to — or hard to leave behind.”

The show is set to premiere on Starz on August 15th. The show was written by Michael Waldron and directed by Peter Segal, with Mike O’Malley as showrunner.