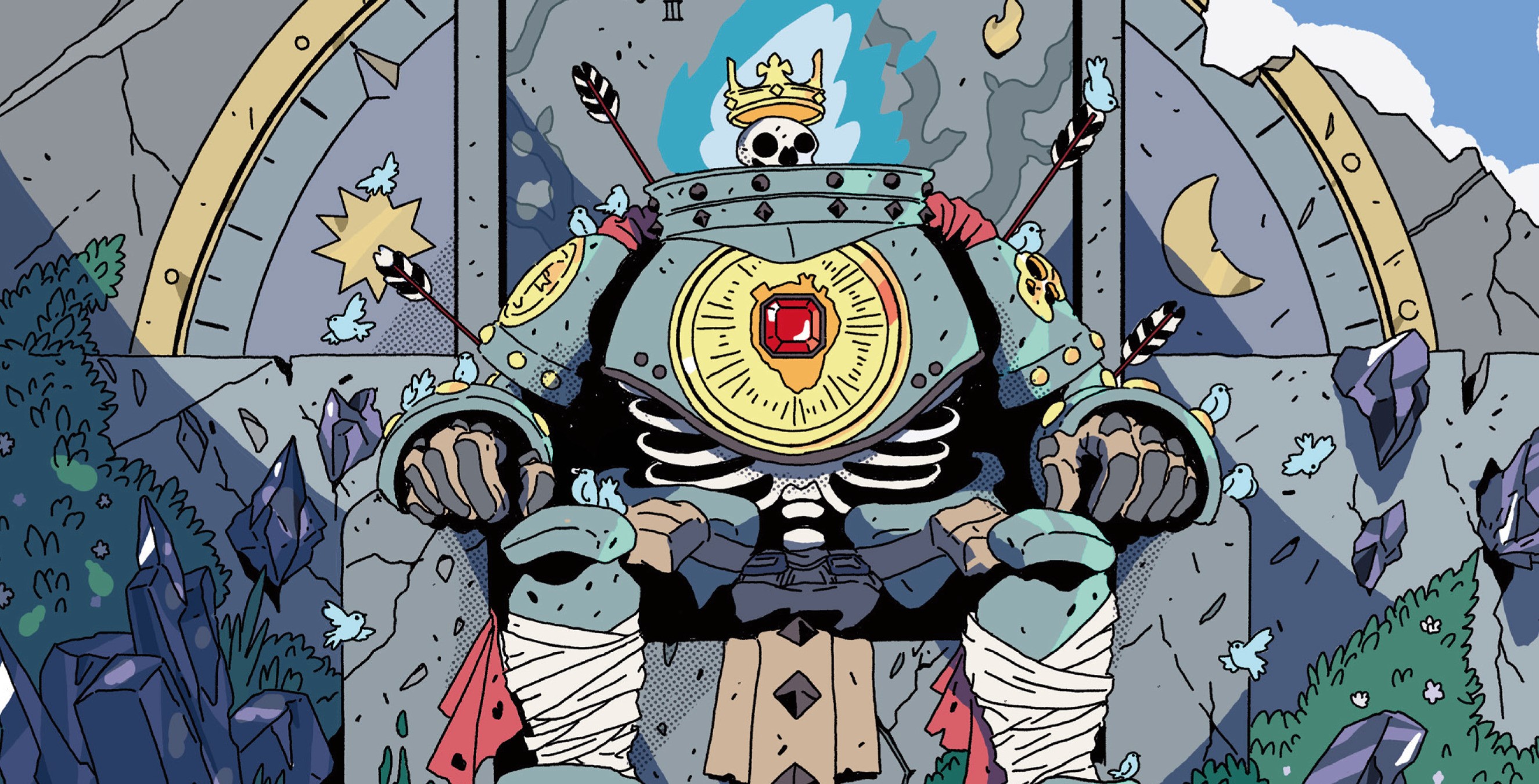 Dark Horse Comics announced that the dark fantasy graphic novel Birdking is coming our way from the creators of the popular graphic novel Raiders. The epic adventure for Bianca begins this September with creators Daniel Freedman and CROM.

“Bianca, teenage apprentice to an infamous arcane blacksmith, is forced to flee her homeland and seek out Atlas, a fabled land of light ruled by “the clean god.” She is joined by a mysterious guardian spirit known only as the “BirdKing”. Together they will have to overcome dozens of enemies to reach Atlas and along the way, unravel the mystery of the BirdKing and their ancestral connection.”

CROM talks about the full scope of fantasy that the graphic novel will deliver, saying:

“Birdking has been living in my head for years, invading my thoughts and waiting for the right story that would bring him to life in the only way a wraith of his caliber deserves. Fire, magic, undead champions, necromancers, skulls, and fat swords, this book has it all. I can’t imagine a better playground to lark about in. I’m loving it.”

Freedman goes on to speak about the flawless collaboration he has found with CROM, saying:

“When CROM came to me after Raiders with the Birdking, the entire epic unfolded in such an organic way I did not believe it. Our collaboration has never been stronger and while we have thoroughly enjoyed our time exploring this vast and distinct fantasy world, we cannot wait for readers to gain access and bask in the glory that is Birdking.”

This is an epic adventure you will want to be a part of when Birdking Volume 1 arrives at your favorite local comic shop and everywhere books are sold on September 13th, 2022. You can preorder now at the links provided below:

Check out the full cover below: