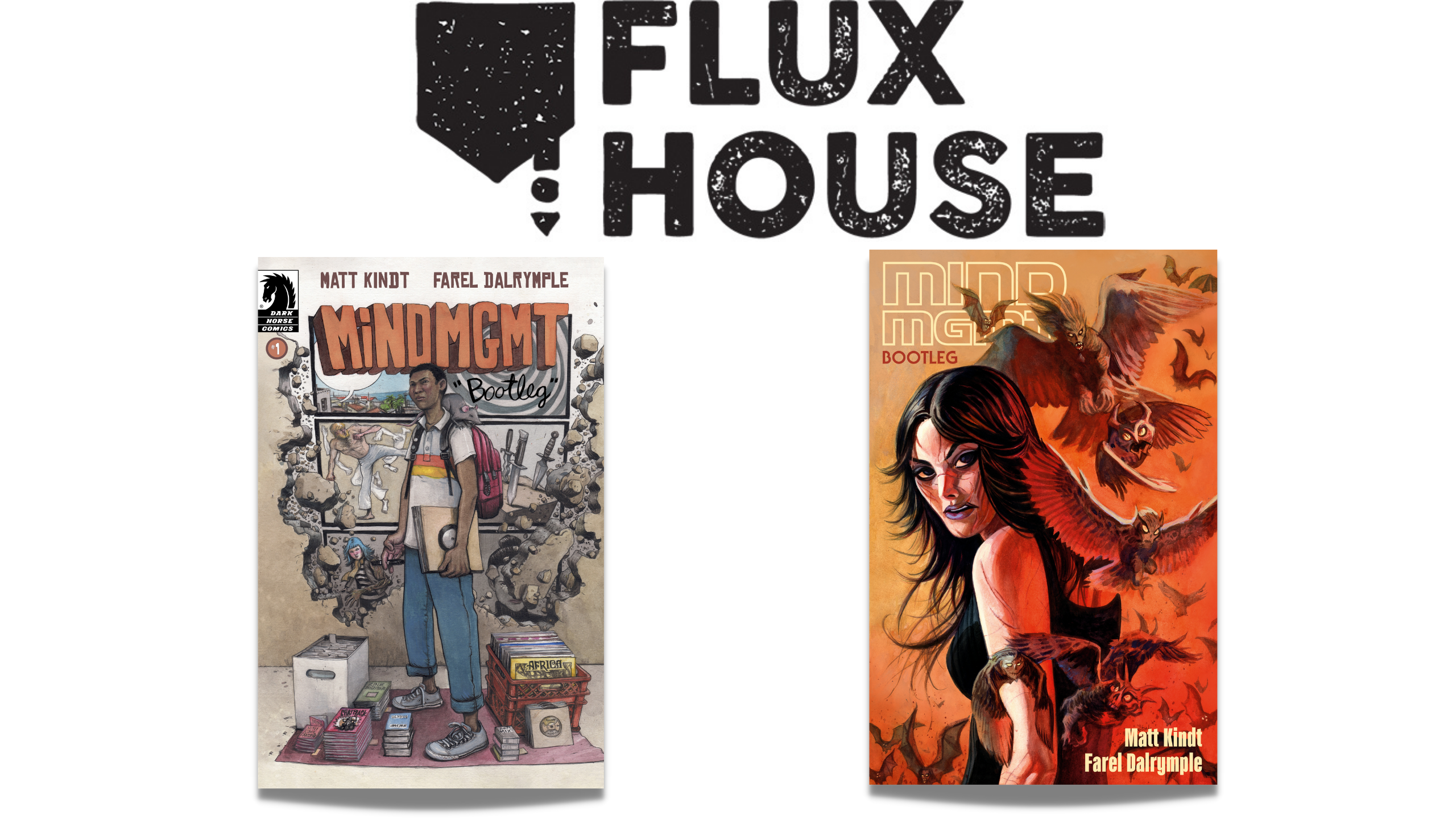 Dark Horse Comics has announced that bestselling author and renowned storyteller Matt Kindt will be collaborating with the publisher to bring unique stories such as BRZRKR, Apache Delivery Service, Bang! Dept. H, Ether, Fear Case, and MIND MGMT to the publisher to deliver what the publisher describes as “crime, science fiction, and humor stories. All told in startline and untraditional ways.” This new collaboration comes through his newly launched imprint Flux House.

Kindt’s prowess in weaving stories through his writing and illustrations has made him one of the biggest names in creator-owned comics and now his collaboration with his longtime publisher is set to bring Kindt’s talents in both writing and illustrations to the publisher’s lineup through his new imprint. The press release states that the upcoming publications from Flux House are set to come in many forms with each release planned to deliver a different style, two of those to be magazine-sized and special print features. All of the publications will be designed by Kindt and will be presented as both books and art objects according to Dark Horse.

It all kicks off this July when Flux House launches MIND MGMT: BOOTLEG. The new 4-part mini-series will team up Kindt with artists Farel Dalrymple, Jill Thompson, David Rubin, and Matt Lesniewski to bring readers a new entry in Kindt’s mind-bending universe. This also marks the first series in MIND MGMT that will not have illustrations by Kind himself. The series also comes packed with variant covers from artists Jim Rugg, Marguerite Sauvage, Aron Wiesenfield, and Laura Perez along with polybagged variant covers that will contain a collectible playing card.

Kindt talks about the inspiration behind the imprint name, saying:

“Flux House is inspired by Fluxus – an avant-garde art movement from the 1950s that was an extension of Surrealists and Dadaists.

The Fluxus movement focused on the creative process and experimental art forms. Their trademarks include accessibility, absurdism, and a sense of humor. If you’ve seen me burn or cut one of my books apart at a signing, you already have a sense of where I’m going with this. Flux House aims to embody all of these elements. It won’t be limited by traditional forms of books and print. And the story format will, as the name implies, always be in flux.”

Kindt also promises that Bootleg will not be a prequel, sequel or re-imagining, saying:

“I promise you that MIND MGMT: BOOTLEG is not a prequel, a studio-driven sequel, or a corporate re-imagining of that comic you love. It remains weird, paranoid storytelling and it was the perfect title to launch Flux House with.”

“Matt Kindt is a smart and innovative artist, who wants to push at the limitations of the comics medium. Dark Horse first published his work in March 2010, when a Super Spy short story appeared on Dark Horse’s Dark Horse Presents MySpace web comic. When Matt pitched me the idea of a pop-up imprint with books that would be unique, collectible artifacts, I didn’t hesitate to say yes.”

MIND MGMT: BOOTLEG will be the first of what is sure to be a long and wild ride in the mind of Kindt with his new collaborators Dark Horse Comics. Stay tuned for more information on Flux House and check out the covers for MIND MGMT: BOOTLEG below:

Ms. Marvel Teams Up with Wolverine, Moon Knight, and More Starting with Ms. Marvel and Wolverine #1