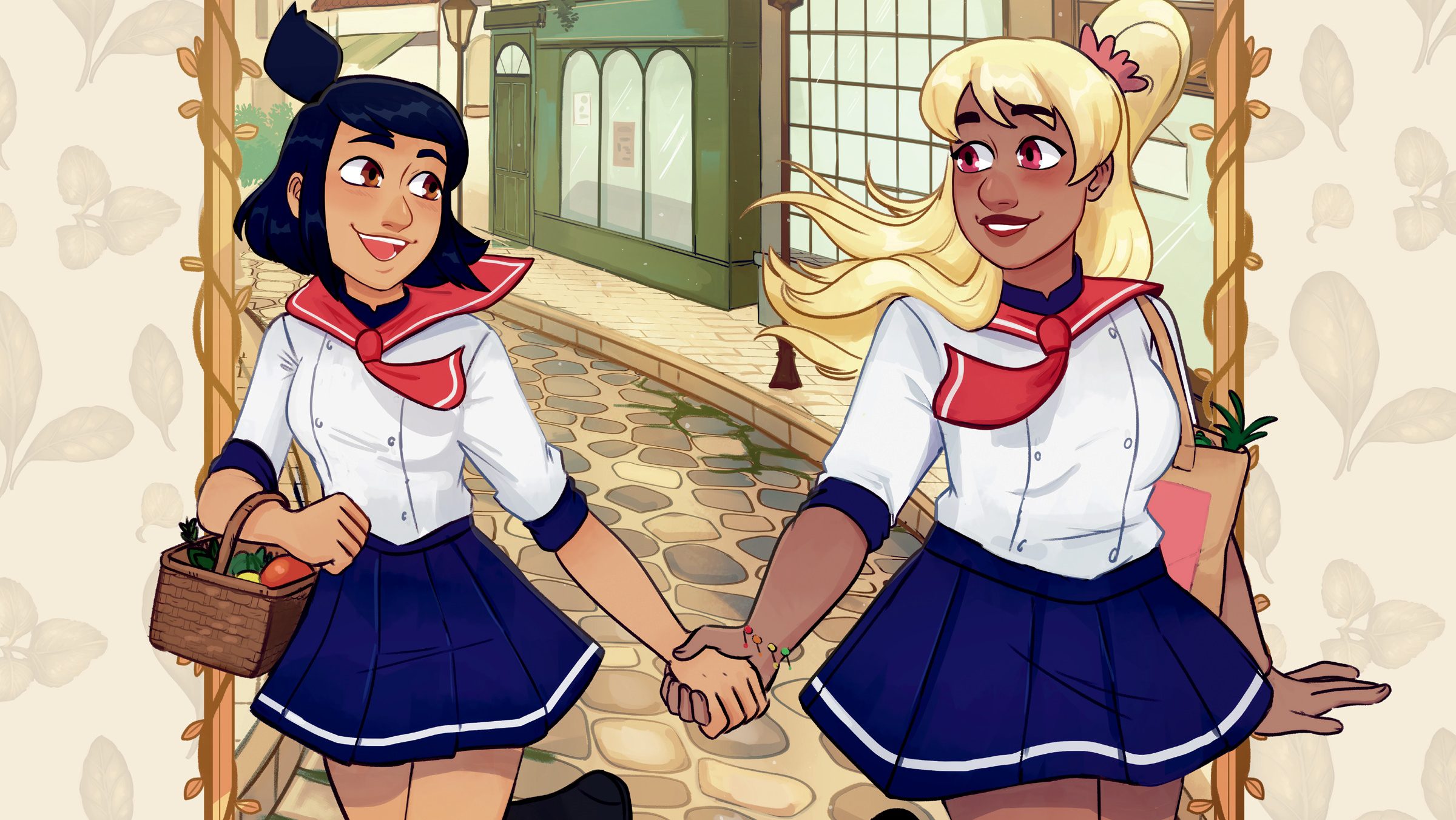 “Porta Bella Magiculinary Academy is the finest school for the art of cooking with magic, and Basil Eyres is determined to be the top student. On the first day of Basil’s senior year, Arabella Oregano, the daughter of a renowned chef, joins the academy for her senior year as well. The two are instantly smitten with each other, but Basil senses there’s something Arabella is hiding from her. Still, the two work together to stand out from the class as the end-of-year culinary festival approaches. But when Arabella’s secret is revealed, Basil is faced with the hardest decision of her life, which has the potential to throw her future aspirations in jeopardy.”

Basil and Oregano will be available at your favorite local comic shop on September 7th, 2022 and everywhere books are sold on September 20th, 2022. You can preorder at the following links below: