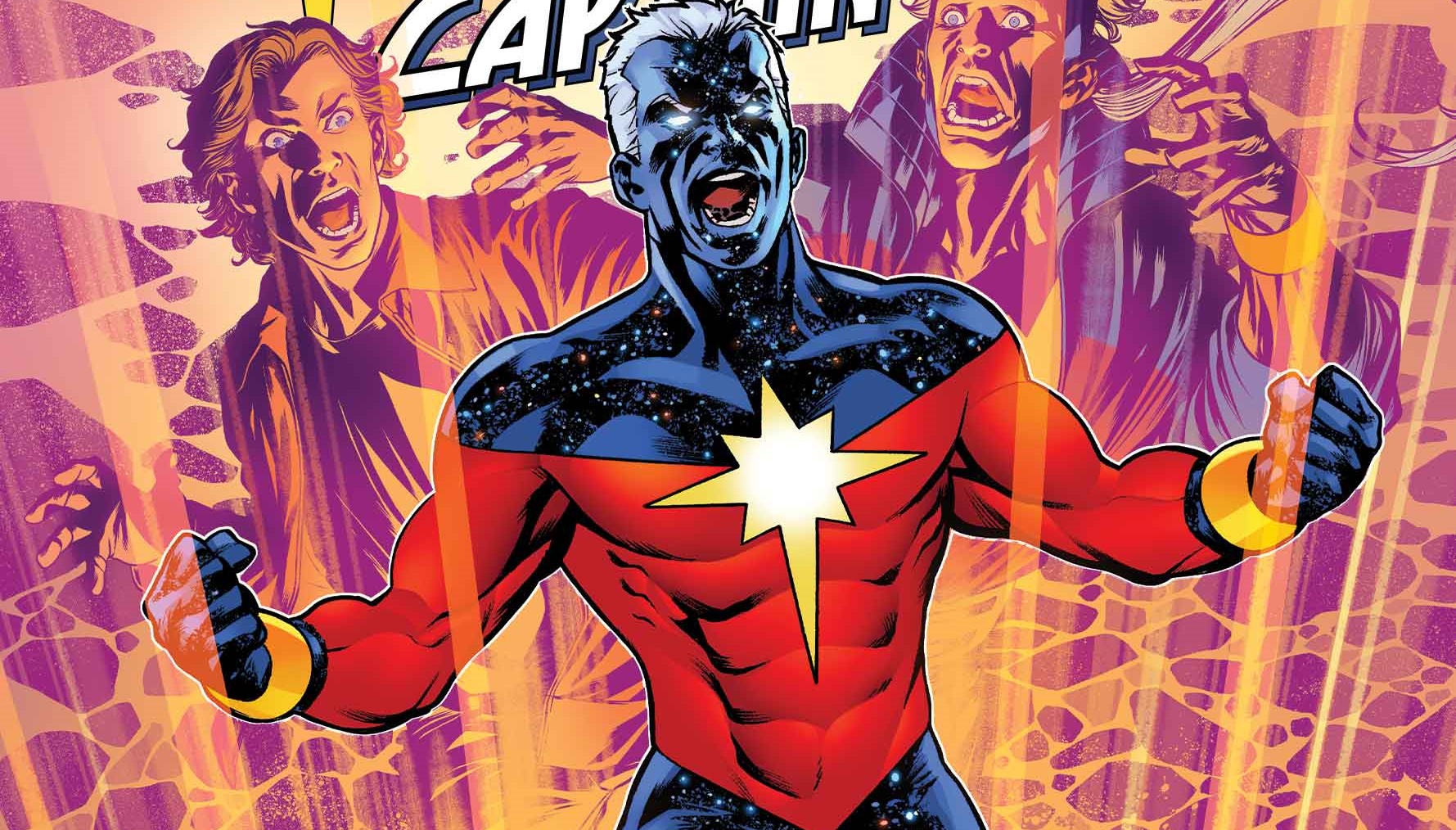 Marvel Comics announced that the son of the original Captain Marvel has officially returned from the dead. Having died in 2006, he recently made a return in The Last of the Marvel arc of the ongoing Captain Marvel series. Now, he will be the focus of his very own five-issue limited series this June titled Genis-Vell: Captain Marvel.

The series comes from writer Peter David and artist Juanan Ramirez. The series will focus on:

“Genis-Vell and Rick Jones are about to come crashing back into each other! Can Rick Jones save Genis — and himself — before they both fade out of existence? Is Rick’s ex-wife, Marlo, the key? Find out in this surprising saga that will chart a new course through the Marvel Universe for Genis, Rick, and more!”

“I never thought I’d have the opportunity to return to Genis, what with him being dead and all. But apparently, death never lasts… which is actually one of the themes of the limited series I came up with,” David said in the press release. “It’s great to be back with Genis, Rick, Marlo, and the whole Genis-Vell gang.”

Genis-Vell: Captain Marvel #1 will be available at your favorite local comic book shop or digitally in June 2022 with main cover art by Mike McKone and variant covers by Dan Jurgens, Peach Momoko, and Juni Ba. Check out the covers below: