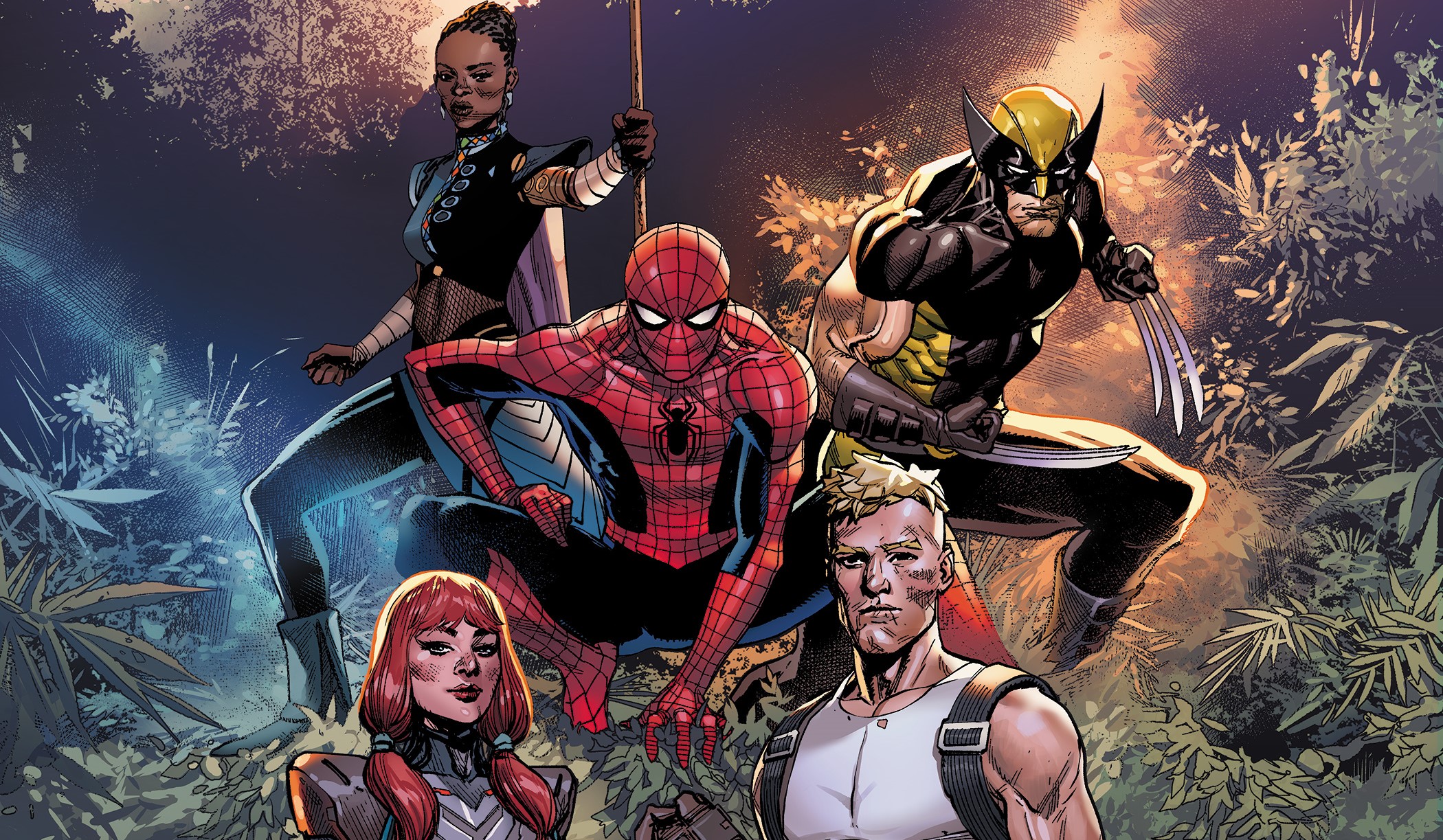 Marvel Comics has announced another crossover event with Epic Games that will bring the heroes of the Marvel universe together with Epic’s popular battle royale game Fortnite. The pair had previously collaborated in a limited series in 2020 titled FORTNITE X MARVEL – NEXUS WAR: THOR. Thanks to the success of the event we will be entering another collaboration comic event with Fortnite-themed stories invading Marvel Comics in FORTNITE X MARVEL: ZERO WAR debuting in June.

“The inhabitants on the Island who are locked in what seems to be a never-ending war, and only one thing has the potential to turn the tide—a crystallized fragment of the Zero Point that was cast into the Marvel Universe. Spider-Man and Wolverine team up with Shuri and several fan-favorites from Fortnite to hunt down the elusive Zero Shard. Will these allies be able to find it in time and avert catastrophe? And can the heroes of Marvel and Fortnite’s realities hold off the Imagined Order long enough to give them a fighting chance?”

Epic Games is no stranger to collaborations having collaborated with Marvel, DC, NFL, NBA, and has brought many other pop culture characters into Fortnite and as silly as it sounds, I don’t think we have seen Marvel and DC Comics have been this close to a mutual crossover and who knows, maybe this will bring the big two together through Fortnite.

The first prints of the five-issue limited series will follow suit with the previous crossover comics series and will include digital codes for cosmetics on Fortnite. The series will bring Marvel veteran Christos Gage to pen the series and art by Sergio Davila. Epic Games’ chief creative officer Donald Mustard will be joining the creative team. Leinel Francis Yu will bring his immense talent to provide main covers for the limited series with art from many great artists bringing some exciting variant covers.

“At its heart, the series is an adventure story, with characters from both universes coming together to go on a treasure hunt into the deepest, darkest depths of the Marvel Universe.” Smith continues, “Donald Mustard and Christos Gage have such a deep love for both Fortnite and Marvel, and Sergio Davíla is turning in some absolutely unreal pages. Having the amazing Leinil Francis Yu on main covers and a killer lineup of Marvel artists on variants has been a real gift as well. This is going to be the ultimate team-up, where the best of both Fortnite and Marvel are represented.”

FORTNITE X MARVEL: ZERO WAR #1 will arrive everywhere comic books are sold and digitally in June 2022. Check out the main cover for issue #1 below: