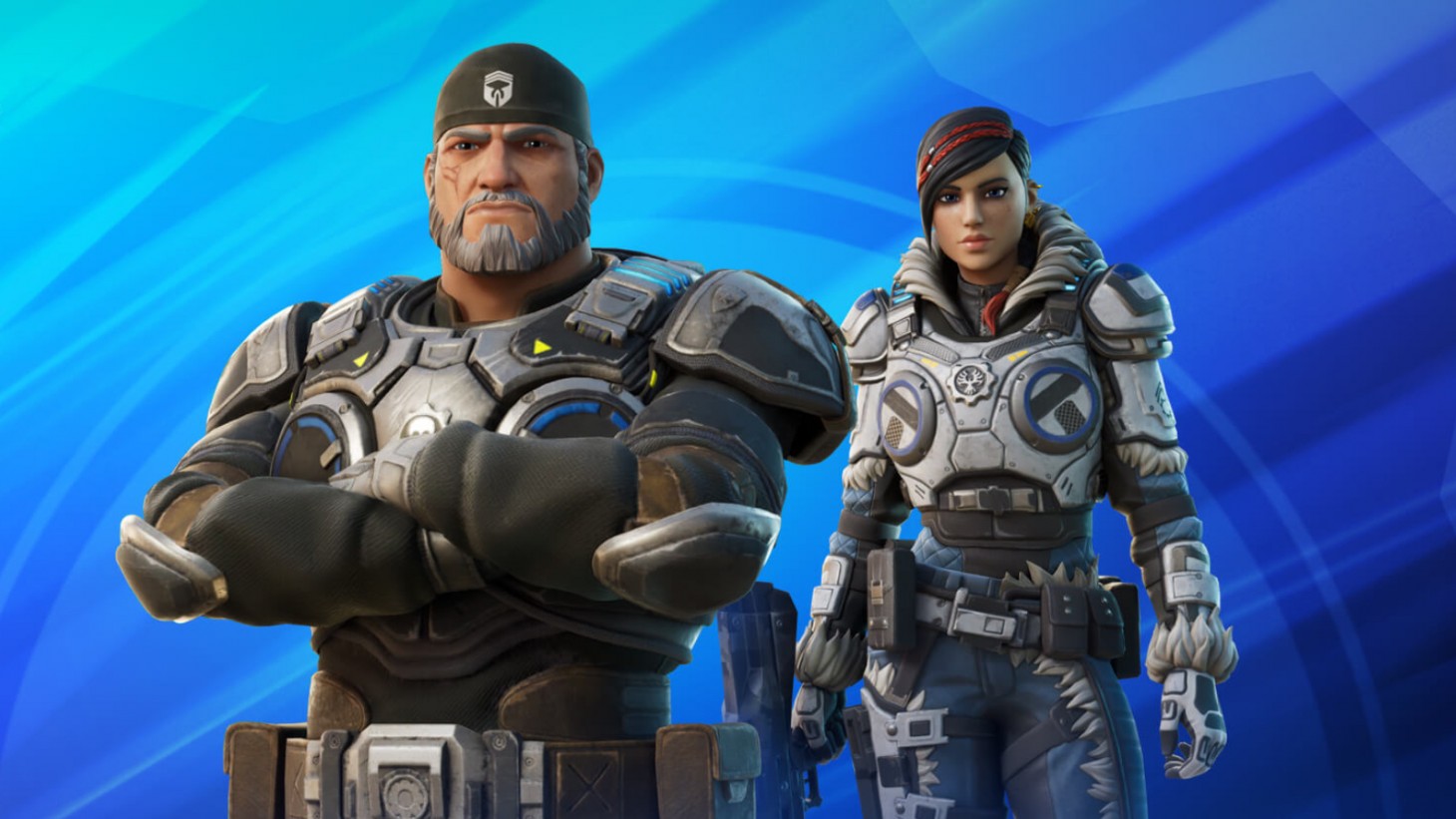 Gears of War characters are making their way into the Fortnite roster. These skins are a bit of a throwback to Epic Games’ past, with Epic Games being the original owner of the Gears of War franchise, before selling the rights to Microsoft. This is a homecoming of sorts for the Gears franchise through Fortnite.

Marcus Fenix and Kait Diaz will be available for purchase in the Fortnite Item Shop later today at 4 p.m. PT. You can check out the photos below and you will see that the characters share the likeness of their original characters and as an added bonus, Kait comes with a style variation that gives her an orange look. If you jump on your Xbox Series X/S after you purchase your Marcus Fenix skin, you will also unlock the Matte Black Style variation. Something we saw before as an Xbox exclusive when Master Chief joined the roster.

Also available will be the Emergence Hole Spray for both character bundles, and all the gear will be available for purchase separately if you do not want to get it all with the bundle.

A new quest is available on the Battle Royale today as well. Players can complete the Delta-One Quests from December 9 to December 17 to unlock the Crimson Omen Spray. To do that, you’ll need to collect three COG tags, crouch behind a barrier, damage an opponent with a melee attack, do shotgun damage to an opponent, and collect Thrashball memorabilia.