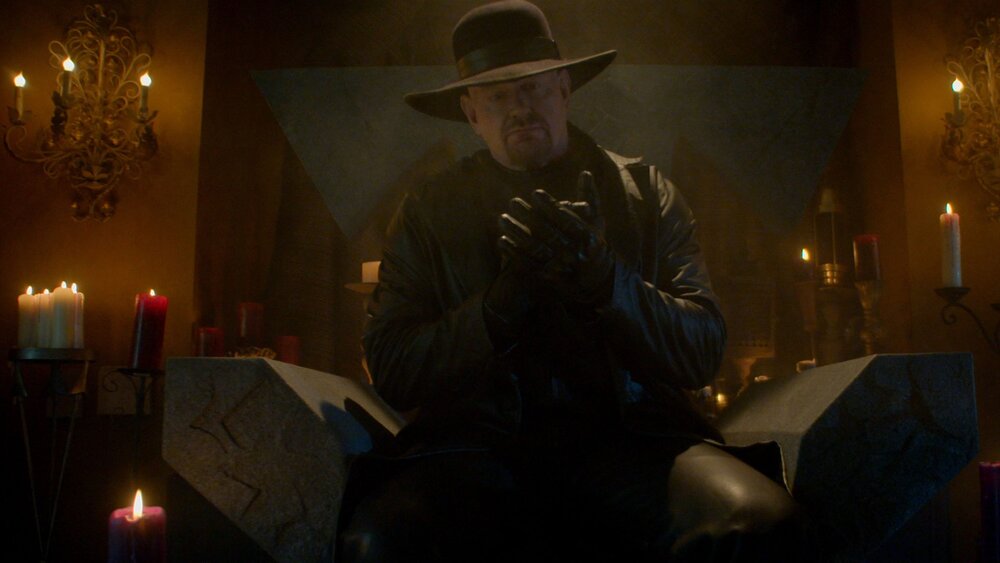 Netflix has announced an interesting new interactive Halloween horror film project titled Escape The Undertaker, which is set in the world of wrestling. The movie stars WWE legend The Undertaker, a.k.a. Mark Calaway, alongside all three members of the beloved faction The New Day — Big E, Xavier Woods, and Kofi Kingston.

In Escape the Undertaker, “The Undertaker has set a trap for the decorated tag team The New Day at his mansion. What they don’t know: The Undertaker’s mansion is an extreme Haunted House, packed to the brim with supernatural challenges. It’s up to viewers to decide the fate of these three poor souls trying to survive the wrath of The Undertaker.”

Netflix also shared a few photos from the movie offering a first look at the tone and style of the movie along with the characters that are a part of the story.

Escape the Undertaker will premiere on Netflix on October 5, 2021.

THE MATRIX RESURRECTIONS Trailer Brings Us Back Into The Matrix