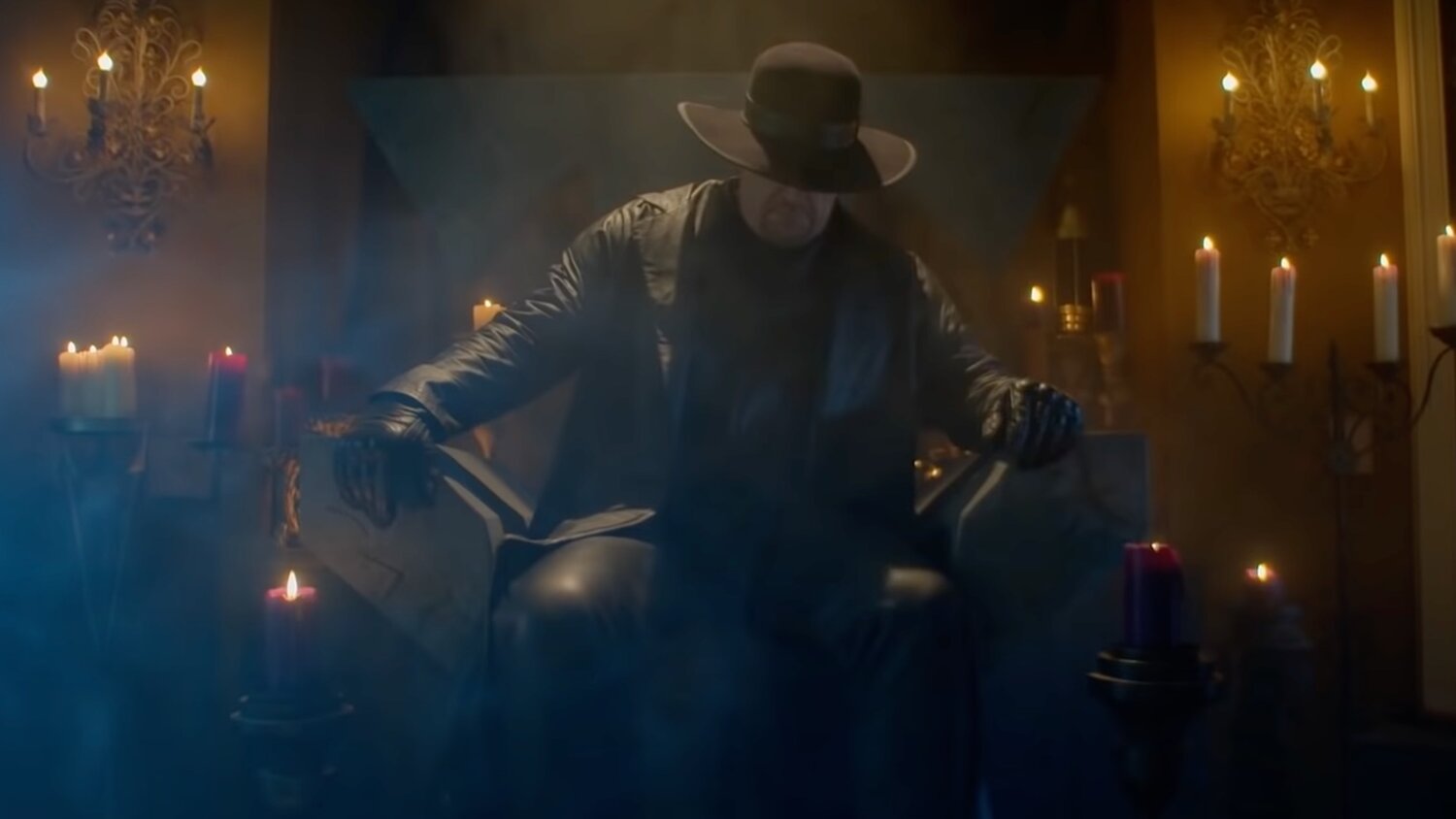 Netflix has released the first trailer for a new interactive Halloween horror film project titled Escape The Undertaker, which is set in the world of wrestling.

The movie stars WWE legend The Undertaker, a.k.a. Mark Calaway, alongside all three members of the beloved faction The New Day — Big E, Xavier Woods, and Kofi Kingston. The trailer came with the following note:

“Can The New Day survive the surprises at The Undertaker’s spooky mansion? It’s up to you to decide their fate in this interactive WWE-themed special.”

In Escape the Undertaker, “The Undertaker has set a trap for the decorated tag team The New Day at his mansion. What they don’t know: The Undertaker’s mansion is an extreme Haunted House, packed to the brim with supernatural challenges. It’s up to viewers to decide the fate of these three poor souls trying to survive the wrath of The Undertaker.”

Escape the Undertaker will premiere on Netflix on October 5, 2021.