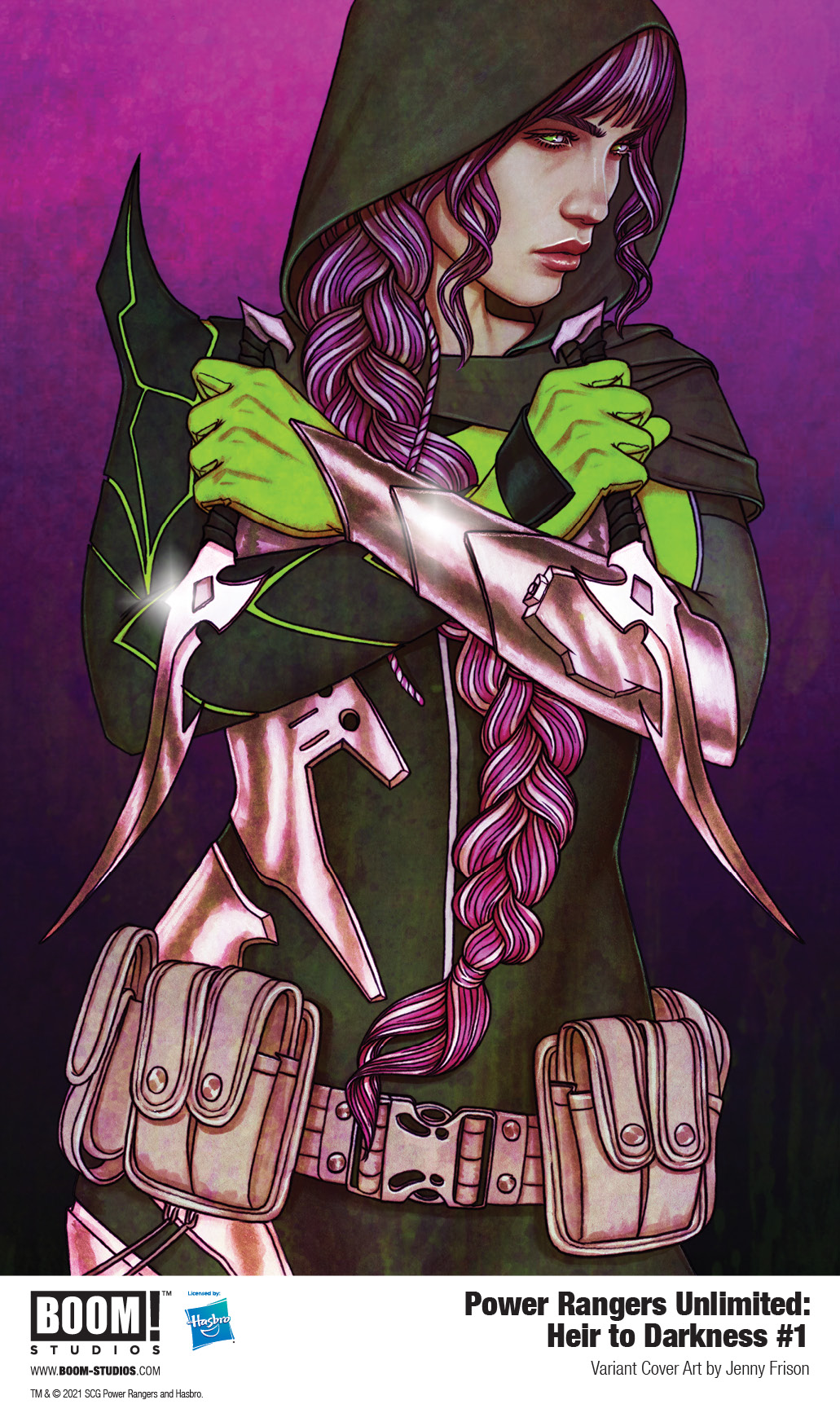 Astronema is one of the most popular Power Rangers villains ever and her true origin is revealed for the first time in a one-shot directly connected to the events of Mighty Morphin and Power Rangers! Before she became a Power Ranger, a young girl named Karone was kidnapped by bounty hunters and brainwashed into the assassin known as Astronema by two of the greatest threats in the galaxy—Dark Specter and Ecliptor. But what is Dark Spector’s true plan. . . and what does it mean for the new Mighty Morphin & Power Rangers teams?

Currently, Power Rangers is celebrating 28 continuous years on the air, making it one of the longest running kids’ live-action series in television history with nearly 900 episodes aired to date. Created by Haim Saban and launched in 1993 with Mighty Morphin Power Rangers, the franchise celebrates its 28th season, with “Power Rangers Dino Fury”, currently airing Saturdays at 8 a.m. (ET/PT) on Nickelodeon in the U.S.

Print copies of POWER RANGERS UNLIMITED: HEIR TO DARKNESS #1 will be available on March 31, 2021 exclusively at local comic book shops (use comicshoplocator.com to find the one nearest you) or at the BOOM! Studios webstore. Digital copies can be purchased from content providers like comiXology, iBooks, Google Play, and Madefire.