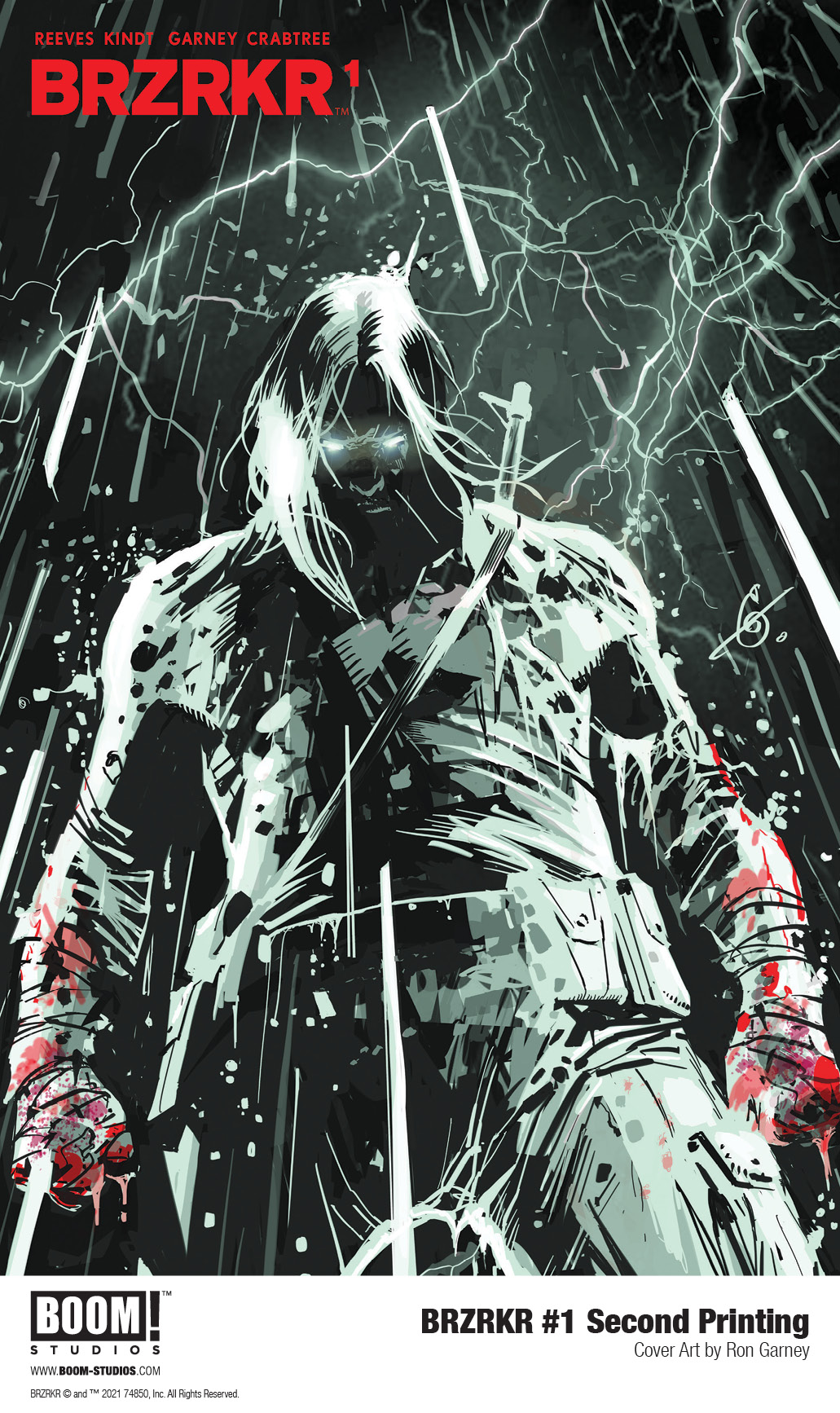 In response to the overwhelming support from retailers and fans, BOOM! Studios has announced the BRZRKR #1 SECOND PRINTING with brand new variant cover art by series artist Ron Garney.

The man known only as B. is half-mortal and half-god, cursed and compelled to violence…even at the sacrifice of his sanity.  But after wandering the world for centuries, B. may have finally found a refuge – working for the U.S. government to fight the battles too violent and too dangerous for anyone else. In exchange, B. will be granted the one thing he desires – the truth about his endless blood-soaked existence…and how to end it.

BRZRKR #1 SECOND PRINTING will be available exclusively at local comic book shops (use comicshoplocator.com to find the nearest one) on April 7, 2021.

BRZRKR is the newest release from BOOM! Studios’ eponymous imprint, home to critically acclaimed original series, including We Only Find Them When They’re Dead by Al Ewing and Simone Di Meo; Seven Secrets by Tom Taylor and Daniele Di Nicuolo; Something is Killing the Children by James Tynion IV and Werther Dell’Edera; Once & Future by Kieron Gillen and Dan Mora; Faithless by Brian Azzarello and Maria Llovet; and Abbott from Saladin Ahmed and Sami Kivelä. The imprint also publishes popular licensed properties including Magic by Jed McKay and Ig Guara; Dune: House Atreides by Brian Herbert, Kevin J. Anderson, and Dev Pramanik; and Mighty Morphin and Power Rangers series from Ryan Parrott, Marco Renna, and Francesco Mortarino.

Print copies of  BRZRKR #1 FIRST PRINTING may be available now exclusively at local comic book shops or at the BOOM! Studios webstore. Digital copies can be purchased from content providers, including comiXology, iBooks, Google Play, and Madefire.