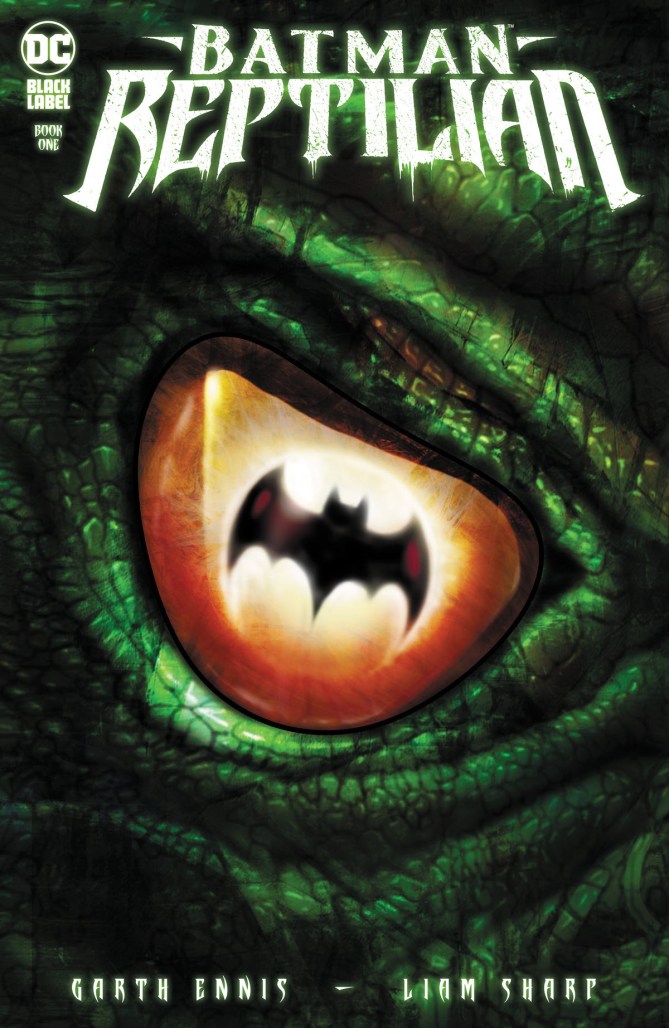 Writer Garth Ennis and artist Liam Sharp will be teaming up for a new Batman series for DC‘s Black Label imprint. Titled, Batman: Reptilian, the six issue miniseries will see the Dark Knight taking on a new villain who’s targets are Gotham’s criminals.

The premiere issue will feature cover art by Liam Sharp and Cully Hamner. DC offered a description of the miniseries,

Gotham City is filled with murderous creatures who stalk the shadows–foul villains with murderous impulses who strike fear into the hearts of every man, woman, and child in the city. But what strikes fear into the hearts of those who terrorize the city? It used to be Batman, but something far more frightening than a mere man has begun stalking the shadows—and it’s after Gotham’s villains. How savage must a monster be to haunt the dreams of monsters?

Ennis has penned Batman issues periodically for DC in the past with Legends of the Dark Knight and a guest appearance for Hitman, but to see Ennis get an entire mini-series to play with, that will definitely be something fans of Ennis and DC alike, will not want to miss. Sharp is no stranger to Gotham, he has worked on The Brave and the Bold: Batman & Wonder Woman miniseries in the past that he penned and did the art for.

Take a look at the variant cover from Hamner and some unlettered preview pages below: