Tynion & Martinez Together Again to Bring Horror Comic to DC 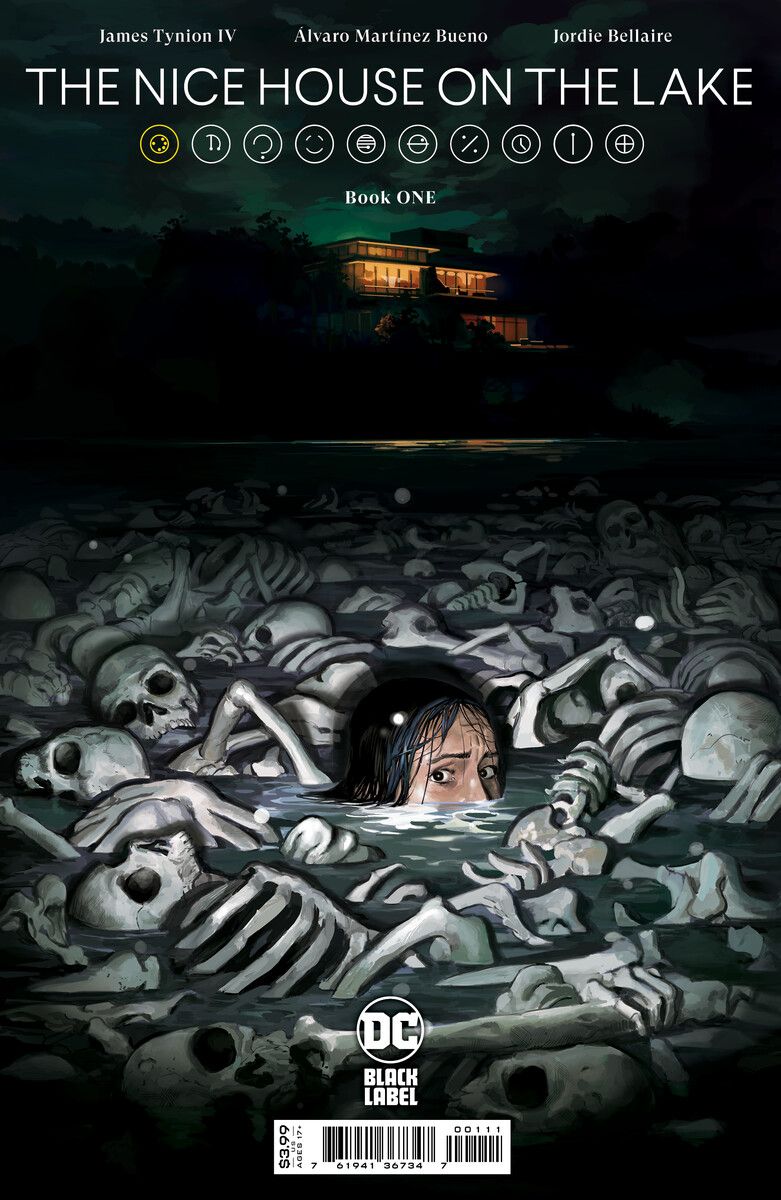 Writer James Tynion IV is reuniting with Alvaro Martinez Bueno for a creator-owned horror comic titled, The Nice House On The Lake.

Tynion’s first creator owned title with DC, it will be printed under DC’s Black Label imprint.

“It all begins with the nice house on the lake… Everyone who was invited to the house knows Walter – well, they know him a little, anyway. Some met him in childhood; some met him months ago. And Walter’s always been a little…off,” reads DC’s description of the series. “But after the hardest year of their lives, nobody was going to turn down Walter’s invitation to an astonishingly beautiful house in the woods, overlooking an enormous sylvan lake.

“It’s beautiful, it’s opulent, it’s private—so a week of putting up with Walter’s weird little schemes and nicknames in exchange for the vacation of a lifetime? Why not? All of them were at that moment in their lives when they could feel themselves pulling away from their other friends; wouldn’t a chance to reconnect be…nice? Wouldn’t an escape from the horrors of their everyday lives be…idyllic? Would you accept this invitation from one of your oldest friends?”

Currently scheduled as a 12 issue miniseries, DC described it as a,

which leads to believe we could see more of the series in the future. The rest of the creative team is made up of Colorist Jordie Bellaire and Letterer Deron Bennet. Look for The Nice House on the Lake #1 at local comic book shops on June 1st, 2021.

James Tynion IV is one of the prominent writers in horror comics. With series such as Boom! Studios, Something is Killing the Children, The Department of Truth, Memetic, Eugenic and his work on the magazine Razorblades, he has definitely paved the way for future horror writers and has expanded his creativity beyond his best known superhero work.

The Boys Are Back in Town, Garth Ennis Returns to DC for New Batman Series