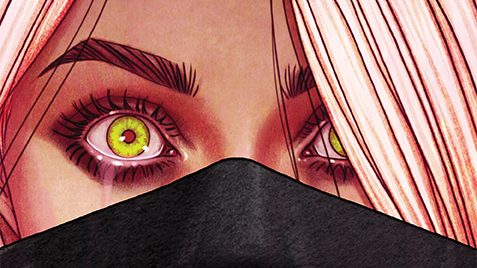 BOOM! Studios announced the return of our beloved monster hunter Erica Slaughter in SOMETHING IS KILLING THE CHILDREN #21. Erica enters a brand new story arc penned by co-creator and author James Tynion IV and co-creator and artist Werther Dell’Edera with the creative team being rounded out by returning colorist Miquel Muerto, and letterer AndWorld Design.

In this new arc:

One year after the events of Archer’s Peak, Erica Slaughter resurfaces to take on the case of a girl who’s seen a new kind of monster, one with terrifying implications. But Erica has broken ties with the House of Slaughter and that can have deadly consequences. The Order of St. George does not forget, nor do they forgive. Even as Erica goes on the hunt, she’ll have to keep one eye open for the mysterious figure on her trail in order to survive the coming storm.

SOMETHING IS KILLING THE CHILDREN #21 will feature main cover art by Dell’Edera and will bring variant cover art by some talented artists including Jenny Frison, Vincenzo Riccardi, and Gabriele Dell’Otto.

SOMETHING IS KILLING THE CHILDREN #21 will be available for sale March 2022 exclusively at local comic book shops (use comicshoplocator.com to find the nearest one) or at the BOOM! Studios webstore. Digital copies can be purchased from ComiXology, iBooks, Google Play, and Kindle. Check out the covers below: