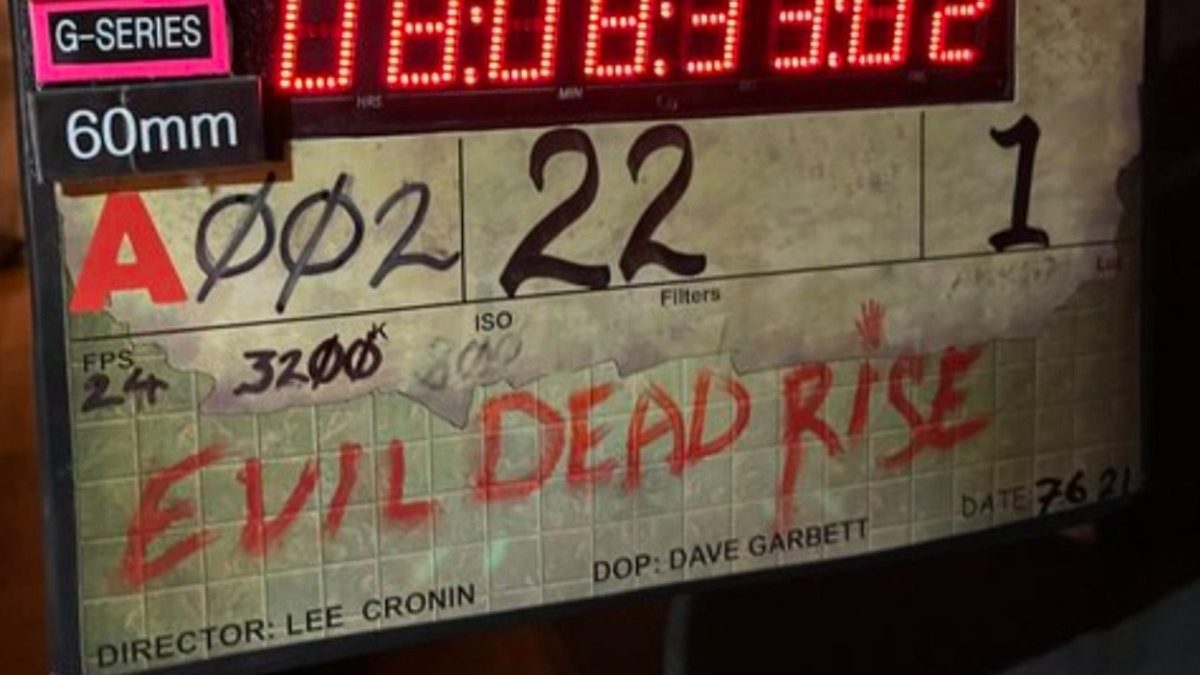 Evil Dead Rise director Lee Cronin has shared some behind-the-scenes photos from the upcoming film in the Evil Dead franchise. The photos tease some very bloody set photos along with a nice little nod to Evil Dead II in the form of an easter egg.

The easter egg mentioned is a photo of a Henrietta pizza box paying tribute to an iconic Deadite, Henrietta Knowby. This is the Deadite that Bruce Campbell‘s Ash finds in the basement of the famous cabin that is the film’s setting.

You can check out the photos below:

The film will tell the story of two estranged sisters, played by Alyssa Sutherland (Vikings) and Lily Sullivan (Picnic at Hanging Rock), “whose reunion is cut short by the rise of flesh-possessing demons, thrusting them into a primal battle for survival as they face the most nightmarish version of family imaginable.”

Bruce Campbell previously shared some additional information about the story and explains that the story is all about the Necronomicon, a.k.a. The Book of the Dead.

“It’s book-centric. It’s all about [the Necronomicon]. Where does this book wind up and what happens to it over the millennia? In this case, it’s set in the city, it’s no more cabin in the woods. It’s entirely different, unsuspecting heroines who are going to save the day.”

Whether this upcoming entry is a sequel, remake, or reboot, Campbell simply said, it doesn’t matter. “­People can actually call it what [they] want: Sequel, remake, reimagining. It really is just another Evil Dead movie.”

Campbell also said, “At its core, Evil Dead is about ordinary people overcoming extraordinarily terrifying situations. I can’t wait for Alyssa and Lily to fill the blood-soaked shoes of those who have come before them and carry on that tradition.”

Cronin added, “The Evil Dead movies filled my brain with terror and awe when I first saw them at nine years old. I am excited and humbled to be resurrecting the most iconic of evil forces for both the fans and a whole new generation.”

The film is being produced exclusively for HBO Max.