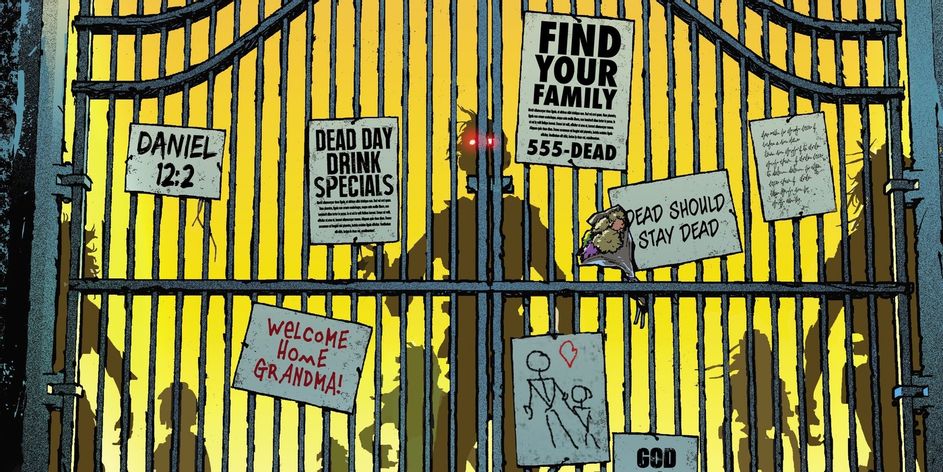 The comic book series Dead Day from Ryan Parrott that was published by Aftershock Comics is getting a TV adaptation at Peacock. The streamer announced that they have given a straight-to-series order for the undead comic series. The project is also bringing together the talented duo of Kevin Williamson and Julie Plec, the duo previously worked together on the hit series, The Vampire Diaries. Williamson and Plec will serve as writers, co-showrunners, and executive producers.

The comic book series centered around a cast of characters as they prepare and attempt to survive “Dead Day.” A day in the year where the departed get to rise from the dead and they visit family, friends, tie up loose ends, celebrate, or just cause complete chaos. Think of it as a twisted version of The Purge.

Be sure to grab yourself the comic book series as you wait for the adaptation to come to life and stay tuned the second volume of Parrot’s Dead Day has been confirmed.