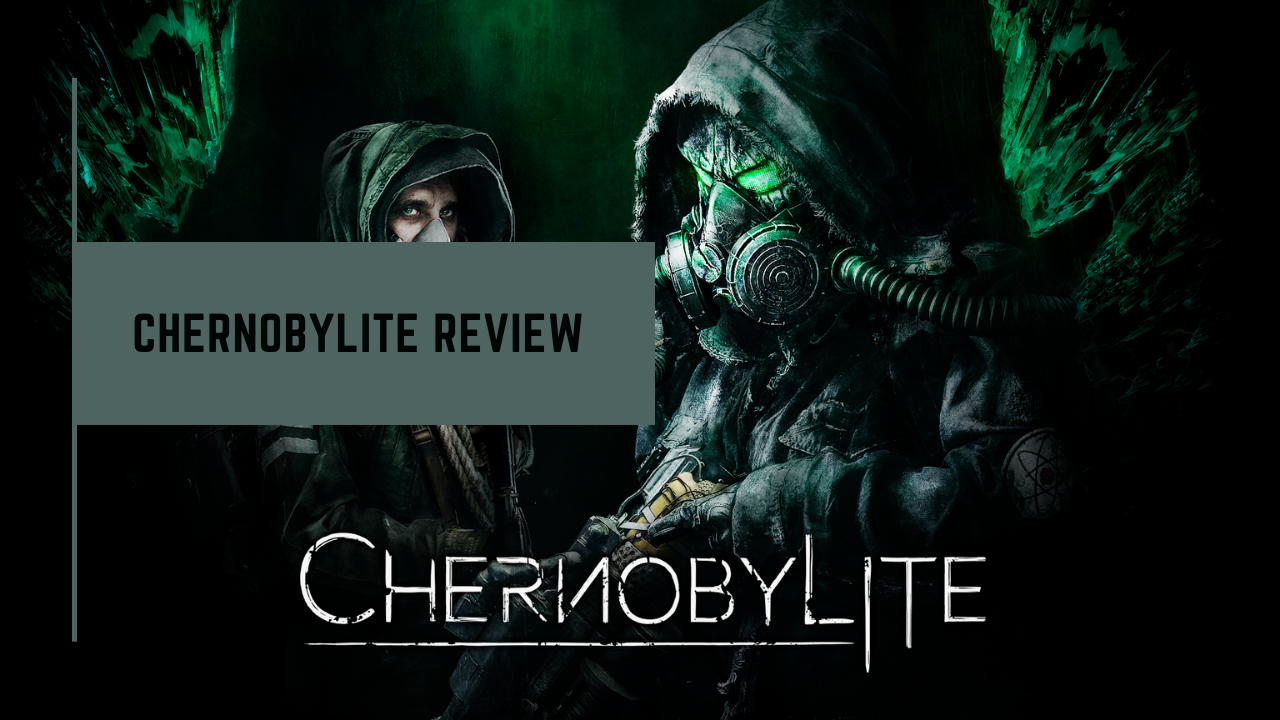 CHERNOBYLITE REVIEW: The Weight Of Your Decisions Is Your Only Companion In This Desolate Wasteland

Chernobylite takes different ideas and mashes them up into a first-person shooter. As they take us into the wasteland of Chernobyl, we are put in a setting with a rich history of disaster and horror that has had many people intrigued by the location for years. We have been taken to Chernobyl many times in the form of TV series and films, but in my experience we rarely get to visit the infamous location in video games, let alone a video game dedicated to it.

In Chernobylite, the player takes on the role of Igor, a scientist present at Chernobyl before the accident. He is returning in current day to attempt to resolve the mystery of what happened to his fiancée, though your guess is as good as mine as to why he waited so long. Taking up residence in a local warehouse, Igor and his slowly growing staff of military and miscreants set out every day on missions into the Exclusion Zone to salvage for parts, resolve conflicts, and most importantly, look for clues to solve the 35-year-old mystery.

Through Igor’s efforts, he has invented a way to open wormholes that takes him to places that I can best describe as something similar to the upside down from Stranger Things. This is what leads players to investigate and find answers to the supernatural mysteries lurking in the shadows. This lead to the most surprising part of the game. Instead of taking us on a linear story-driven shooter, or an open world dystopia much like the Fallout series, we get a unique experience that is refreshing and adds to the realism of our role and environment of Chernobylite. Igor and his crew are put into a mission-based routine that sees you and the crew waking up, using what you have gathered to build items that can help you with your mission, assign missions to your crew and yourself, come back “home” and do it all over again.

Once you find your routine, you delve into the management system of the game. You have to keep your team fed or psychosis begins to set in and it can be a challenge to plan for and maintain your resources you gather. As you focus on your mission to uncover the otherworldly phenomenon, the balance of finding supplies for yourself and your crew, along with finding the balance of food vs machine parts can turn into a challenging form of side missions, but all the while rewarding.

All the parts and junk found on missions leads to your ability to build a ton of items for your warehouse. This motivates the gatherer in player to scavenge and explore while out on missions rather than the linear objective. Once you gather materials it becomes a simple point a click to drop items into your warehouse, which can channel the interior decorator in you to make your quaint warehouse “homey.”

As you explore, you will find a few major areas that you will visit frequently. Although the objective will change, you will see yourself coming back to these locations to complete objectives and scavenge. You won’t find yourself in a repetitive feeling though as the missions all lead you different ways to give you a different view of things as you explore these areas. On top of that, when you are completing these missions, you can follow the main objective point or visit the “points of interest” that can take you to some interesting and creepy places. This is where the game gives the player the freedom to play the game their way and it’s a freedom that is refreshing and gives everyone a chance to have a different experience.

Stealth can be your ally, but as the resident “Leeroy Jenkins” of my group, I always opt to channel my inner tank and tackle everything head on and without a plan. The issue here is that killing affects Igor’s sanity which puts you in charge in the weight of your decisions and choosing to take a life has repercussions that go beyond losing some points on your healthbar. These aren’t the only decisions you will be faced with as the game does have critical decisions that will be put in your hands. You will be put in situations that require you to choose between two paths, this isn’t your typical good vs evil decision as these decisions carry weight to them. As any sci-fi movie or game though, there is a loophole (of course!) You can go back and reverse your decisions if the one you chose doesn’t vibe with what you chose, so don’t worry about saving the game before any big moments!

Overall, Chernobylite gives you a full fledged AAA experience which is something to admire from an indie studio. The different mechanics, structure and the overall intrigue of our mission and setting gives this indie RPG the legs to stand on against other first-person shooters or RPG’s. Chernobyl is always a fascinating location to explore and the sci-fi aspect they implement makes an already creepy setting even more horrifying. This game is much more than your typical first-person shooter and although some areas weren’t executed to perfection, with the title not coming from a big studio, this is a hell of an effort and they successfully gave us an experience that blends many of our favorite genres and they top it off with flair of base building, interactive storytelling and combat amongst the weirdness of this world. This game could very well be the beginning of a wonderful new series that I will happily jump into again.

Chernobylite is available on PC, PlayStation 4, and Xbox One. Check out the trailer below for a peek and choose to “Survive Your Fears” on console or PC.